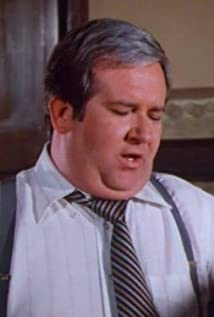 Is understanding human behavior important to being a good actor? If so, then it's no surprise that Richard Paul is eminently qualified for his successful acting career. A native Californian with a BA in public affairs from Claremont Men's College, now Claremont McKenna College, Richard earned an MA in psychology from California State University at Los Angeles. He then began work toward a Ph. D. at the University of Arizona. The following years were a curious mixture of psychology and acting: from playing Doolittle in "My Fair Lady, " to traveling back and forth between Arizona, and Metropolitan State Hospital in Norwalk, California, where he served his internship in Clinical Psychology, and worked as a staff psychologist. Falling in love in a mental hospital may seem unusual, but that is where he met his future wife Patty, a student worker there. He developed his own unique program there--acting lessons for the patients. At night, Richard went to L.A.'s radio station KPFK to appear on Firesign Theater. He worked on two albums with the group, "Roller Maidens from Outer Space" (playing Ozzie Nelson among several voices) and "As Time Flies, " now Firesign classics. No matter where he was working or studying during those years, Richard returned every summer to the Pomona Valley Shakespeare Festival directed by Jesse Swan first in Balch Auditorium at Scripps, then at Garrison Theater, where he immersed himself in the great characters of Falstaff, in Henry IV, part 1, Toby Belch in Twelfth Night, Friar Lawrence in Romeo and Juliet, Bottom in Midsummer Nights Dream, Baptista in Taming of the Shrew with the best Petruchio he's ever seen Mike Connolly, Arnolphe in the Amorous Flea, and a variety of other roles. In 1968 Richard married Patty, and together they spent the requisite early years struggling to make a living, with Richard doing commercials, voice-overs, and working on the doctorate--torn between two careers. The turning point came when Richard accepted a nine month road engagement starring in "W.C. Fields, 80 proof, " a two-man show. The die was cast, and with Patty's support, Richard chose a career as a performer, "A decision I've never regretted--well, only twice a week." In the years that followed, Richard did a number of voice-overs for cartoons including Mickey Mouse and Uncle Remus for Disney. Early on-camera roles included "Maude, " "Mary Hartman, " and "Mitzi Gaynor's Roarin' in the Twenties, " where he reprised the Fields role. A lunch break interview during filming of a dog food commercial led to the costarring role of Mayor Teddy Burnside ("your mayor by a landslide") in ABC- TV's "Carter Country, " where his order to: "Handle it! Handle it!" became a national catch phrase. The series ran 2 years. Richard starred with Shirley Hemphill in "One in a Million" (another ABC series), and costarred in 1982 with Dean Jones in "Herbie the Love Bug" on CBS. Recent stage roles include the Cowardly Lion in "The Wizard of Oz, " with Cathy Rigby, Mayor Shinn in the "Music Man" with John Davidson, Jimmy in "No, no, Nanette, " and the Governor in "The Best Little Whorehouse in Texas" with Ruta Lee. How did Richard Paul get Milos Forman to cast him in the role of Jerry Falwell in the award winning "The People vs. Larry Flynt?" Preparation helps. Richard has had a lot of practice playing preachers: from the pleasant parson who tried to censor "WKRP, " to the televangelical adversary of Patty Duke on "Hail to the Chief, " to the man who finally married "Scarecrow and Mrs. King, " to his critically acclaimed previous portrayal of Falwell in "Fall from Grace." with Bernadette Peters. Richard worked on two other movies in 1996 in addition to "The People vs. Larry Flynt." He played a diamond smuggler in "The Glass Cage" with Eric Roberts, and a college dean in a leading role in "Mind Games." Director Paul Bartel cast Richard as comic heavies in the cult classic "Eating Raoul" and in "Not For Publication." He went to Yugoslavia to star with Eva Gabor in "Princess Academy." In 1997 he appeared on "Rosanne" and "Drew Carey, " Richard and Patty lived in Studio City. His other interests included singing (an operatic tenor), writing, walking, and dieting forever. For seven years he volunteered every week as a reader for the Braille Institute's Recording program. An animal lover, Richard has also volunteered his time for years to Actors and Others for Animals. Still interested in psychology, he was a licensed Marriage and Family Therapist, and served on the Mental Health Advisory Board to the Los Angeles County Board of Supervisor. A Universal Life Church minister, Richard confesses: "I married my wife once, but I married her brother twice."

The People vs. Larry Flynt

Out of This World

Uphill All the Way