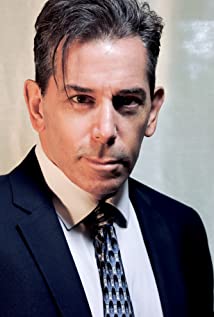 Richard Lounello's acting career began at the age of 23 with a spontaneous move to NYC. Bartending at some of the hottest nightclubs of the late 1980s allowed him to take acting classes during the day, studying Meisner, Uta Hagen and others. After 4 years in Manhattan and a handful of music videos and industrials and not much else, it seemed time to move back to his hometown of Albany, New York with his new wife. After a year in Albany, Los Angeles was calling and one 4 day cross country drive, Richard arrived in L.A. in October of 1994. 10 months in LA and a few network auditions and not much else, it seemed as though an acting career wasn't going to happen so back to Albany for good. Five more years of bar-tending and a few local commercials and an occasional no budget indie film, At 35, Richard did his first stage play and everything changed!He finally found the love of the craft of acting and did many productions often without pay. During this time he got one line on "Saturday Night Live" playing a cop arresting Mayor Giuliani in a Mango skit. This got him his AFTRA card followed quickly by one line on "Sex In The City" which got him his SAG card. He has continued to work steadily in independent films-nearly 2 dozen and counting. His largest role to date is in the Lifetime movie "A Mother's Revenge", opposite Jamie Luner, in which he had a large supporting role playing Detective Joe Jacobs. Needless to say, his path to being a working actor is far outside the norm as he doesn't live in the major markets ( 2 hours drive to NYC!) but he has managed to carve out a career despite the formidable obstacles.