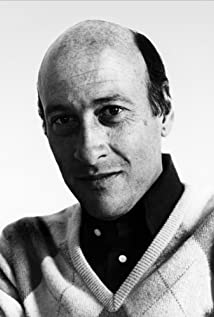 Richard Lester was one of the most influential directors of the 1960s, and continued his career into the 1970s and early '80s. He is best remembered for the two films he helmed starring The Beatles: A Hard Day's Night (1964) and Help! (1965), the frenetic cutting style of which was seen by many as the predecessor of the music video a generation later.Lester had made his name with the Oscar-nominated short subject The Running Jumping & Standing Still Film (1959) that he made with "The Goon Show" veterans Peter Sellers and Spike Milligan. He then directed Sellers in The Mouse on the Moon (1963), which was produced by Walter Shenson. The Goons were a favorite of The Beatles, and when Shenson got the rights to make a movie with The Beatles, Lester seemed to be the ideal director for the project.That project, "A Hard Day's Night", was not only a huge box-office hit but a major critical success as well. "Village Voice" movie critic Andrew Sarris, the American promoter of the "auteur theory" in America, described "A Hard Day's Night" as "the Citizen Kane (1941) of juke box musicals." Lester had arrived, and his next film, the Swinging Sixties yarn The Knack... and How to Get It (1965), won the Palme d'Or at the 1966 Cannes Film Festival. He also directed the wildly satirical How I Won the War (1967), which came a year after the huge success of A Funny Thing Happened on the Way to the Forum (1966), his adaptation of the smash Broadway play, which relied on the Keatonesque slapstick Lester had used so well in The Beatles films ("Forum" even featured Lester's hero Buster Keaton in a small but highly amusing role).Aside from "A Hard Day's Night", the success of which relies as much on The Beatles themselves as auteurs (Lester claims that the script by Alun Owen was largely jettisoned during filming, and its scripted "quips" were replaced by the real things from The Beatles themselves), Lester's true '60s masterpiece is Petulia (1968) (1968). A corrosive look at the American upper-middle-class and the fragmentation of American society, "Petulia" is one of the great, if unheralded, American films. Propelled by the luminous presence of Julie Christie and the powerhouse performance of George C. Scott, "Petulia" was a success at the box office, although some critics were upset over the blackness of the comedy. It was to prove to be his last great film, as he stumbled soon after it was released. The Bed Sitting Room (1969), a Samuel Beckett-influenced satire based on a play (and script) by Spike Milligan co-starring Dudley Moore and Peter Cooke--from the smash revue "Beyond the Fringe"--was a resounding flop at the box office and among critics, and Lester found himself unemployable.However, The Three Musketeers (1973), which he shot simultaneously with The Four Musketeers: Milady's Revenge (1974) for producer Ilya Salkind, resurrected his career. When the Salkinds (Ilya and his father Alexander Salkind) were in the midst of filming Superman (1978) simultaneously with its sequel, Lester was hired as a supervising producer, then took over the filming of the sequel, Superman II (1980), when original director Richard Donner was fired. The sequel was a financial and critical success (as much as comic book films were in the early 1980s), and he was hired to direct the far-less successful Superman III (1983).At the end of the 1980s, Lester returned to the storyline that had revitalized his career back in the early 1970s, filming a second sequel to "The Three Musketeers." However, after his close friend, actor Roy Kinnear died during the shooting of The Return of the Musketeers (1989), Lester seemed to lose heart with the movie-making business. He has not directed another film.

The Beatles in Help!

The Return of the Musketeers

Butch and Sundance: The Early Days