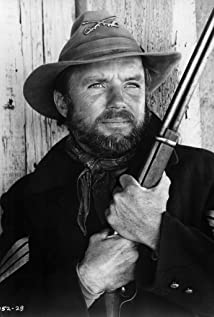 Stocky tough-guy character actor Richard Jaeckel was one of Hollywood's most prolific supporting stars. Born in Long Island, New York, on October 10, 1926, Jaeckel's family moved to Los Angeles when he was still in his teens. After graduation from Hollywood High School, Jaeckel was discovered by a casting director while working as a mailboy for 20th Century-Fox. Although he had some reluctance to act, Jaeckel accepted a key part in the war epic Guadalcanal Diary (1943) and remained in films for over 50 years, graduating from playing baby-faced teenagers (like Dick Clark, Jaeckel never seemed to age) to gunfighters and hired killers with ease. From 1944-48 he served in the US Navy, and after his discharge he co-starred in Sands of Iwo Jima (1949) with John Wayne. Jaeckel's other notable roles in films include one of a trio of GIs accused of raping a German girl in Town Without Pity (1961)--a standout performance--and The Dirty Dozen (1967) as tough MP Sgt. Clyde Bowren, who goes along on the mission to keep an eye on the prisoners he's trained, a role he reprised in a made-for-TV sequel in 1985. Jaeckel also received an Academy Award nomination as Best Supporting Actor for his funny but tragic performance in Sometimes a Great Notion (1971). Although he appeared in over 70 films, he was very active in television series such as Frontier Circus (1961), Banyon (1971), Firehouse (1974), Salvage 1 (1979), At Ease (1983), Spenser: For Hire (1985) and Supercarrier (1988). From 1991-94 he played Lt. Ben Edwards on the hit series Baywatch (1989). He passed away after a three-year battle with melanoma cancer on June 14, 1997, at the Motion Picture and Television Hospital in Woodland Hills, California. Jaeckel was 70 years old.

The King of the Kickboxers

The Dirty Dozen: Next Mission