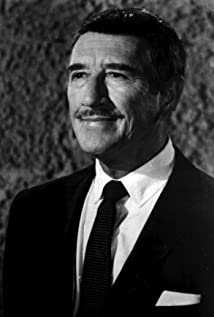 Inimitable London-born character actor, noted for his put-on nasal delivery and pompous, fussy manner. Richard Haydn had a laborious start to his show business career, selling tickets in the box office of London's Daly Theatre. This was followed by an unsuccessful stint with a comedy act in musical revue. For a change of pace, he became overseer of a Jamaican banana plantation only to see it wiped out by a hurricane. Returning home, he appeared in the 1926 West End production of 'Betty of Mayfair' and, soon after, also began to act on radio. It was in this medium, where he first found success, creating his signature character, the perpetually befuddled nasally-voiced fish expert and mother's boy Edwin Carp. Haydn later immortalised the character in a book, The Journal of Edwin Carp.The Carp routine opened the door for Haydn to appear with Beatrice Lillie on Broadway in 'Noel Coward (I)''s 'Set to Music' (1939) and this, in turn, resulted in a contract with 20th Century Fox. While his screen debut in Charley's Aunt (1941) was relatively straight-laced, he was more often seen in comedic roles where his lugubrious face and dignified, sometimes unctuous presence could be employed to scene-stealing effect. His notable characterisations in this vein include the over-enunciating Professor Oddly in Ball of Fire (1941), Rogers the butler in And Then There Were None (1945) and Mr. Wilson in Cluny Brown (1946). He essayed a rare villainous role as the odious Earl of Radcliffe in the period drama Forever Amber (1947) and was back in his best form as Mr.Appleton in Sitting Pretty (1948). In The Late George Apley (1947), he played the character of Horatio Willing, 'with a broad edge of wheezy burlesque' (Bosley Crowther, New York Times, March 21 1947).In the late 40's, Haydn made a brief foray into directing. Of his three films for Paramount, the Bing Crosby vehicle Mr. Music (1950) enjoyed the best critical reviews. Among his later appearances on screen, that of Trapp family friend and promoter Max Detweiler in The Sound of Music (1965), is the one which most often comes to mind. Over the years, Haydn also made an impression as a voice actor in animated cartoons, notably on Warner Brothers Looney Tunes ('Super-Rabbit', 1943) and as the Caterpillar from Alice in Wonderland (1951). He had frequent guest roles on television and starred in one of the best-remembered episodes of Rod Serling's The Twilight Zone (1959), 'A Thing About Machines' (1960), as the pedantic, machine-hating egocentric Bartlett Finchley. He also caricatured a Japanese businessman in an episode of Bewitched (1964).In private life, Richard Haydn was a rather reclusive individual who liked horticulture, shunned interviews and was never particularly integral to the closely-knit British colony in Hollywood.

The Sound of Music

Mutiny on the Bounty