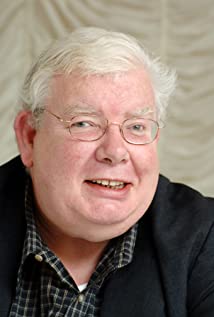 Corpulent British character actor Richard Griffiths came from radio and the classical stage where he built up an early reputation as a Shakespearean clown with larger-than-life portrayals of Henry VIII, Falstaff in "The Merry Wives of Windsor" and Bottom in "A Midsummer Night's Dream" with the Royal Shakespeare Company being just a few of his standout credits. In films from 1975 on both sides of the Atlantic, his better roles have been in both contemporary and period pieces, such a Gorky Park (1983), Withnail & I (1987), King Ralph (1991), Guarding Tess (1994), Sleepy Hollow (1999) and recently the 'Harry Potter' series as Uncle Vernon Dursley. One of Britain's heartiest best-loved character actors, Griffiths received an OBE in 2008. He died on March 28 2013 as a result of complications from heart surgery.

Pirates of the Caribbean: On Stranger Tides

A Muppets Christmas: Letters to Santa

Harry Potter and the Order of the Phoenix