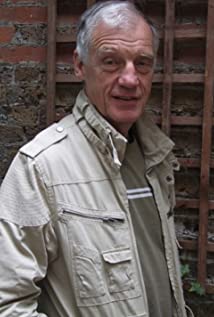 Best known for his regular role as Captain Mike Yates during the Jon Pertwee era of the BBC science fiction series Doctor Who (1963), Richard Franklin joined the prestigious Royal Academy of Dramatic Art in 1963 and his first professional acting work was with the Century Theatre. He was offered small roles on television and, in addition, spent a year and a half with the Birmingham Repertory Theatre.More work on television, radio and commercials followed and in 1971 he made his first appearance on Doctor Who (1963) as UNIT officer Yates in Doctor Who: Terror of the Autons: Episode One (1971), a popular serial which also saw the introduction of the long-running villain the Master (played by Roger Delgado). Incidentally, Ian Marter, who later played companion Harry Sullivan in the series opposite Tom Baker, had also been a strong contender for the role of Yates. Franklin appeared regularly in the series until 1974, appropriately enough making his last appearance in Pertwee's last serial Doctor Who: Planet of the Spiders: Part One (1974), although he briefly returned for a scene in Doctor Who: The Five Doctors (1983). He still works as an actor.