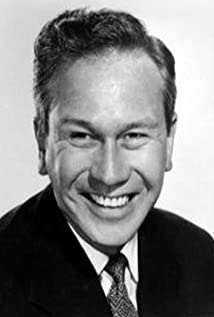 Another in the long line of 1950s and 1960s character actors whose face was oh-so familiar but not the name, Richard Eastham was originally headed for a musical career. He was born Dickinson Swift Eastham in Opelousas, Louisiana, on June 22, 1916. A student at Washington University, he was gifted with a fine sturdy baritone and performed with the St. Louis Grand Opera in the days before World War II. After finishing his wartime four-year army service, Eastham moved to New York and studied at the American Theatre Wing. His musical peak came after understudying singer Ezio Pinza as plantation owner "Emile DeBecque" in "South Pacific", sharing the stage in the role with the likes of Mary Martin and (later) Janet Blair while using the name Dickenson Eastham. He also co-starred in an Ethel Merman production of "Call Me Madam" in the early 1950s and made his minor non-singing film bow with Merman in the Fox film musical There's No Business Like Show Business (1954). His TV debut came with a musical appearance on The Ed Sullivan Show (1948) (aka "The Ed Sullivan Show") in 1949.A strong, masculine presence with slick blond hair and prominent cheekbones, he changed his stage name to "Richard Eastham" and switched gears to film and TV acting in the late 1950s, shifting quite easily from playing men of integrity to outright heavies in crime stories and westerns. Although he was an erratic presence in films, he made solid if unremarkable appearances in Man on Fire (1957), Disney's Toby Tyler or Ten Weeks with a Circus (1960) and That Darn Cat! (1965), Not with My Wife, You Don't! (1966), Murderers' Row (1966), Tom Sawyer (1973) and McQ (1974), among others. TV would be a different story altogether. A frequent guest on Perry Mason (1957) as both prosecutor and suspect, he appeared with great regularity on such series as Bat Masterson (1958), Ripcord (1961), Bonanza (1959), The F.B.I. (1965), Kojak (1973), Barnaby Jones (1973) and The Waltons (1971). As a regular, he introduced and narrated the western series Tombstone Territory (1957); played "Red Wilson" in the daytime soap Bright Promise (1969); appeared as "Gen. Phil Blankenship" on Wonder Woman (1975) starring Lynda Carter; and joined the Falcon Crest (1981) cast in his last recurring TV role as "Dr. Howell". Long settled in Los Angeles and was married to his wife, Betty Jean, for 60 years until her death in 2002, he suffered from Alzheimer's disease in his final years and died from complications at age 89 on July 10, 2005.

Conquest of the Earth

The Missiles of October

Battle for the Planet of the Apes