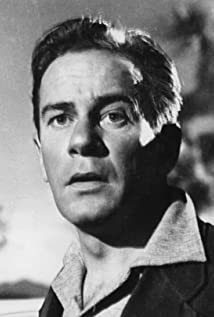 The son of an attorney, Richard Carlson had an introspective quality to his performances and looked every inch the academic he first aspired to be. Following his graduation from the University of Minnesota with a Master's Degree in English, the tall, dark-haired youth had a brief stint as a drama teacher at his alma mater. However, deciding on the performing arts instead, he invested his money in buying his own theatre in Minneapolis and featuring himself as the star. By the age of 23, he had gained sufficient acting credentials to perform on Broadway opposite Ethel Barrymore, Jimmy Durante and Ethel Merman. Sidelining as a writer, he enjoyed moderate success publishing a number of short stories, but his play "Western Waters" was a flop on Broadway, closing after just seven performances. Just when it seemed, Richard's fortunes were on the wane, he was offered a contract as actor/writer/director by the producer David O. Selznick.After being encouraged by leading actress Janet Gaynor to make his screen bow in her motion picture The Young in Heart (1938), Richard moved to California on a permanent basis. During the next few years, he made several films (primarily at RKO), invariably in the part of the diffident juvenile. Many of these were forgettable second features, such as the supernaturally-themed Beyond Tomorrow (1940), or commercial failures, like the nostalgic Anna Neagle musical No, No, Nanette (1940). There was, however, one stellar performance: his newspaperman David Hewitt in William Wyler''s brilliant adaptation of Lillian Hellman's southern melodrama The Little Foxes (1941). This was followed by another decent role in the fruity (but highly enjoyable) melodrama White Cargo (1942), and the lead in a cliched, run-of-the-mill crime picture, Highways by Night (1942). Then World War II intervened and Richard did his tour of duty. When he returned to the screen, it was without the intensity and vigour which had characterised his pre-war performances.After several years of indifferent acting parts, Richard found renewed energy for his third-billed appearance in MGM's lavish Technicolor remake of King Solomon's Mines (1950). Perhaps surprisingly, this did not lead to further roles in A-grade features. Instead, Richard Carlson found himself the unlikely star of several sci-fi features, which have attained cult status over the passing years. Pick of the bunch was Jack Arnold's seminal It Came from Outer Space (1953) (based on a story by Ray Bradbury), with Richard in the role of a well-meaning, rather arcane astronomer, witness to an alien presence which turns out to be benign. The sincerity of his performance led to similar parts in The Magnetic Monster (1953) (with similar moralistic undertones) and the atmospheric Creature from the Black Lagoon (1954).Though his original contract with Selznick had stipulated directing as well, Richard did not work behind the camera until 1954. Then, he unwisely accepted charge of a silly pseudo-scientific premise entitled Riders to the Stars (1954), a low-budget enterprise bogged down by verisimilitude and technobabble at the expense of drama. In the course of the next twelve years, he directed some better second features, including the westerns Four Guns to the Border (1954) and Kid Rodelo (1966), as well as a number of television episodes. He also wrote the occasional TV script, as well as contributing articles on non-fiction subjects to several magazines.During the early fifties -- with America in the grip of McCarthyist paranoia -- Richard gained a wider audience as the star of I Led 3 Lives (1953), playing the role of Herbert A. Philbrick (1915-1993) (on whose book by the same title the series was based), who infiltrated the Communist Party on behalf of the FBI. The show proved popular enough at the time to run for three years and 115 episodes. Richard had yet another recurring part, as stalwart Colonel Ranald Mackenzie, taming the south-western frontier in Mackenzie's Raiders (1958). For the remainder of his acting career, he guested in western and detective series, including The Virginian (1962), Perry Mason (1957), The F.B.I. (1965) and Cannon (1971) . After his retirement in 1975, Richard lived the last two years of his life in Sherman Oaks, California.

The Valley of Gwangi

Island of the Lost