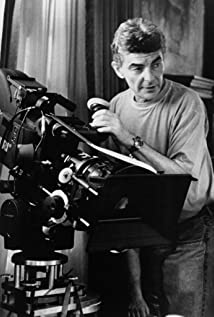 Although his actress wife Paula Prentiss became a star by the early 1960s, it took Richard Benjamin almost fifteen years to establish his screen persona, but the wait was rewarding. After extensive work in theatre as actor and director, and his participation in the cult TV series He & She (1967), in which he co-starred with Prentiss, he won the starring role in the screen adaptation of Philip Roth's best-seller, Goodbye, Columbus (1969). That was followed by roles in Diary of a Mad Housewife (1970), The Marriage of a Young Stockbroker (1971) and another Roth adaptation, Portnoy's Complaint (1972), that turned him into a prominent "archetype of East Coast Jewish intellectual agony", as critic Jonathan Romney defines him. But his forte was comedy and he won a Golden Globe when he repeated his stage role in the film version of Neil Simon's The Sunshine Boys (1975). Although he still performs, Benjamin turned to direction since the 80s with the highly acclaimed comedy My Favorite Year (1982).

Keeping Up with the Steins

Laughter on the 23rd Floor

The Shrink Is In