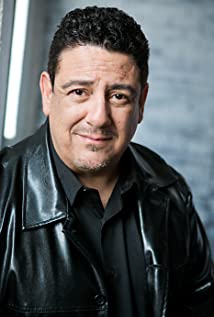 Born in Paterson, New Jersey, has worked nationally in Films, Television and Commercials. Rich approached acting from a couple of different angles. He started in high school when his English teacher realized that Rich could sing his ass off and cast him in the musical Godspell. With no prior experience, Rich stole the show. That's when the acting bug bit him and he went off to do many small local and regional theater productions, like Fiddler on the Roof, Guys and Dolls, and Damn Yankees just to name a few. Then Rich left the theater and became a casino dealer in Atlantic City and Freeport Bahamas. Still in his early 20's, he was having the adventure of a lifetime. After the Bahamas, Rich moved back to New Jersey and went back into his family business which was cooking in his cousin's Deli in New Jersey. Looking for a creative outlet, he started taking some acting classes at HB Studios in NYC where he met a friend who told him about a new Off Broadway play that was being cast. That's when he went on his very first NYC audition and 3 callbacks later Rich found himself in a hit Off Broadway show called, Slasher "The Splatter Rock Musical," which ran over 2 years. After New York, Rich moved to Los Angeles in 1988 where he acted in many roles in both Film, Theater and Television including but not limited to, "Godzilla, 1998" starring Matthew Broderick and directed by Roland Emmerich and "Everybody Loves Raymond, 1999", starring Ray Romano and created by Philip Rosenthal. Rich left show business in 2000 and opened up a very successful Los Angeles based restaurant where he is currently owner and executive chef. The restaurant called Giovanni Ristorante named in memory of Rich's late father. Giovanni Ristorante serves beautiful east coast style Italian food for all to enjoy. You can even find Rich there on Friday and Saturday evenings as the lead singer of Giovanni's house band and you may also find some famous musicians and celebrities there on stage with him. Never thinking that he would ever get back into show business, Rich's good friend suggested that Rich give acting another try after viewing an old show that Rich was in. His friend thought that Rich had really grown into a really good character actor that could work. I guess Rich never realized that all of his life and world experience and all those years running a great Italian restaurant and dealing craps in a casino while meeting with all kinds of interesting people day in and day out was the best acting teacher that he could have ever asked for. Because after being back in the business in 2013 and while he continuing to run his restaurant Rich has done the feature film, "Halfway to Hell," directed by Richard Fridman, and the feature film "Scorned," directed by Leprechaun creator Mark Jones and starring Billy Zane and AnnaLynne McCord. He also played the role of Rex (A strip club owner with a heart) in Asylums' "Asian School Girls" and landed a recurring role as Guy the Prop Guy in the hit sitcom "See Dad Run" starring Scott Baio. Rich also did a film trailer, "The Heart of a Poet," where he portrays the role of Carmen Pucinelli and is thrilled and honored that he has been asked to reprise that very role in the upcoming feature film "The Heart of a Poet" Starring Tony Sirico from "Sopranos" fame, Written by Edward Lee Cornett now that funding for the film has been secured. Rich is due to begin principal photography on "The Heart of a Poet" this summer of 2014.