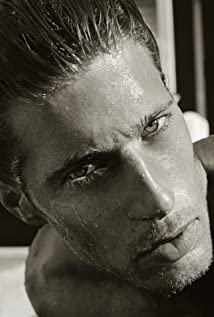 Rib Hillis is an accomplished actor, host, producer, and model, with a long and diverse career that only appears to be getting better. Rib began his career in front of the camera working as a much sought after model in Europe for such designers and publications as Versace, Armani, Hugo Boss, Ferré, Uomo Vogue, GQ, Esquire and Men's Health, not to mention countless national and international commercials and campaigns.Deciding he had had enough of cappuccinos and croissants, Rib moved to Hollywood and soon got his start acting on the ABC soap opera Port Charles. Rib then moved on to primetime appearing in dozens of television shows, such as Ugly Betty, Two and a Half Men, CSI, Melissa and Joey, Bull, Eve, Angel and Modern Family to name a few.Rib's talents are not limited to just the scripted genre, having found a real aptitude for hosting and non-scripted reality genre. He was an on camera talent as a designer on the Emmy winning hit ABC show Extreme Makeover: Home Edition followed up by A&E's $100 Makeover. He has hosted several shows for various networks, interviewed talent at film premieres & red carpet events & had exclusive backstage access with top talent on shows like Dick Clarks Rockin' New Years Eve for ABC.com.Rib has also found success on the big screen, playing roles in the award winning films Grooms Cake, and its sequel Birthday Cake, Taos, the spanish language film Propiedad Ajena, Life's a Beach, & Syfy's Dinocroc vs. Supergator, Piranhaconda & Sharktopus vs. Pteracuda. His latest films released on Netflix & Amazon include Cowboys vs. Dinosaurs, Doggone Christmas , Timber The Treasure Dog & Shockwave which he also co-produced.Hillis has proven his talents behind the camera, co-producing & assistant directing the horror comedy feature, Sorority Party Massacre, producing & starring in 616: Paranormal Incident and the psychological thriller Haunting of the Innocent. Recently Rib has been seen on the ION network in A Christmas Cruise & as the lead of Lifetime Movie Network's "The Wrong Man".In another natural progression in his career, Rib has started his own production company Speed Merchant Productions producing film, live events, & talent.

Haunting of the Innocent