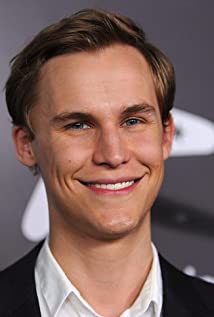 Rhys Wakefield is an Australian actor and director whose films have grossed over $550 million worldwide. He started out on the Australian TV series Home and Away where he starred in 363 episodes and has since starred in season 3 of HBO's True Detective, the Purge franchise, James Cameron's Sanctum, Hulu's Reprisal, and was nominated for Best Actor in a Feature Film by The Australian Academy of Cinema and Television Arts Awards (formerly AFI) and the Film Critics Circle of Australia for his performance in The Black Balloon, starring alongside Toni Collette. He graduated from Australia's The McDonald College of Performing Arts in 2006.As a filmmaker, Wakefield co-wrote and directed the short film, A Man Walks Into a Bar, which was a finalist at the Tropfest International Short Film Festival before attending UCLA's 'The Craft of the Director' in 2015. His screenplay, entitled 'Please Close the Gate' was a feature finalist at the 2016 Cinequest Film Festival Screenwriting Competition and was officially selected for the Beverly Hills Film Festival that same year.He was an associate producer on independent feature, The Grand Son, and made his directorial debut with the feature-film, Berserk, which was released in American theaters on April 5th, 2019. Berserk stars Nick Cannon, James Roday, Nora Arnezeder, Erin Moriarty, Jack Falahee and was executive produced by Brian Kavanaugh-Jones (Midnight Special, Insidious, Take Shelter).