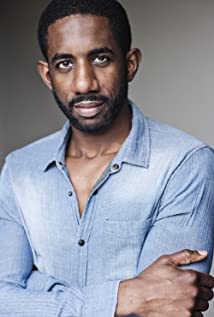 Rhashan was born 3 November, 1969 in Elizabeth New Jersey. His mother, Joanne, was a singer who relocated to London, England to be with her then husband Russell Stone. They formed the singing duo R& J Stone, best known for their hit "We Do It" in 1977. Other members of his family enjoyed musical success. His aunt, Madeline Bell, was the lead singer of Blue Mink, best known for their hit single "Melting Pot".Rhashan Trained at Mountview Theatre School, London.As well as his numerous television appearances, Rhashan is also an accomplished stage actor. His first job came before he had even graduated from drama school, when he was chosen to appear in the award winning production of "Five Guys Named Moe" in London's West End. He has worked consistently ever since. He has performed in numerous productions for The Royal Shakespeare Company, The National Theatre, The Royal Court and in London's West End. From the heroic soldier Claudio in Much Ado About Nothing to the drag queen Sanzo in Trance. From the all singing, all dancing Hero in the Sondheim musical A Funny Thing Happened On The Way To The Forum to Shakespeare's doomed brother Clarence in Richard III.Despite an abundance of classical work, his proudest moment was playing the Harlem Everyman Jesse B. Semple in the West End hit show Simply Heavenly. Stone described the effect that its author Langstone Hughes had on him as "life changing".Rhashan is married to the actress Olivia Williams. They have two children Esmé Ruby and Roxana May.