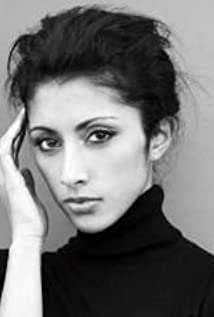 Reshma Shetty was born on November 2, 1977 in Manchester, England, UK to Hindu parents. She was raised in England and Richmond, Virginia in the United States. She is a graduate of the famed Opera department at the Cincinnati Conservatory of Music. On stage, Reshma received rave reviews in 2006 for her performance as Priya in A.R. Rahman's and Andrew Lloyd Webber's First National tour of "Bombay Dreams", as well as critical praise in 2008 for her Off-Broadway debut in Ayub Khan-Din's "Rafta Rafta" at the New Group in New York.Her work on stage immediately parlayed into her next success as she burst on to the small screen in USA's flagship series Royal Pains (2009) as one of television's first female South Asian series leads. Additional television credits include Showtime's Happyish (2015), Bravo's Odd Mom Out (2015), 30 Rock (2006), and CSI: Miami (2002). Her feature film credits include Steam (2007), Delivering the Goods (2012), Allegiance (2012), and Hated (2012). Since "Royal Pains" ended its eight and final season, she has been starring in CBS's Pure Genius (2016) as Dr. Talaikha Channarayapatra.She is one of the beautiful faces of Cindy Crawford's "Meaningful Beauty" line and and is a dedicated member of the USA Network's "Characters Unite" program: an award winning public service campaign meant to raise awareness and combat prejudice and discrimination.