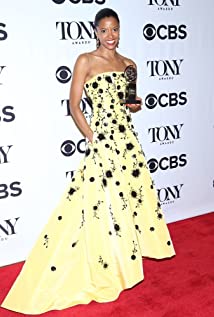 Renee Goldsberry was born in San Jose, California, and raised in both Houston, Texas, and Detroit, Michigan. She graduated from Carnegie-Mellon University with a bachelors degree in acting, and went on to attend graduate school at the University of Southern California, where she received her masters in vocal jazz performance.She has worked in numerous Broadway plays, including a production of Disney's "The Lion King" in 2003 (as "Nala"). She also appears in the daytime drama One Life to Live (1968) as the determined lawyer Evangeline Williamson.