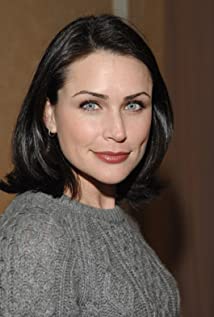 Rena was born in Arcadia, California, to Susan (Franzblau), a psychology professor, and Martin Sofer, who was a Conservative Jewish Rabbi. She moved to Pittsburgh, Pennsylvania when her parents divorced. She was discovered at age 15 by a New York talent agent and started modeling before turning to acting. She appeared on Another World (1964) for a short time and then went to Loving (1983), where she played Rockie McKenzie for 3 years. She made her first mark on television when she joined fellow ABC-soap General Hospital (1963) as savvy record promoter Lois Cerullo. Not only did her portrayal win her a vast amount of fans, she also won a 'Best Supporting Actress' Daytime Emmy and network executives considered creating a spin-off series based on Lois and her on-screen husband Ned. It was on General Hospital she met Wally Kurth, her on-screen spouse who became her real-life husband and father to her daughter Rosabel Rosalind Kurth. In the mid-'90s, Sofer made the leap to primetime, guest starring in a number of series before appropriately landing a regular part on primetime soap Melrose Place (1992) which turned to be the series' final season. Starring and recurring roles on the sitcom Just Shoot Me! (1997) and the dramedy Ed (2000) widened her exposure. A string of flop series followed (Oh, Grow Up (1999); The Chronicle (2001); Coupling (2003) and Blind Justice (2005), but Sofer proved she had staying power and scored roles on the big screen in movies with Ben Stiller (Keeping the Faith (2000)) and Steven Soderbergh's Traffic (2000). After taking a brief hiatus to give birth to a daughter with her second husband, TV director Sanford Bookstaver, she returned to the small screen in 2006 with recurring roles in two hit shows 24 (2001) and Heroes (2006), as the long-suffering wife to two shady characters, a power broker and an aspiring politician, respectively. In 2010, she tackled a season-long story arc as Margaret Allison Hart, an attorney with a hidden agenda on NCIS (2003). In 2013 she returned to her daytime roots, taking on the role of enigmatic jewelry designer Quinn Fuller on The Bold and the Beautiful (1987) receiving rave reviews.

The Secret of Hidden Lake