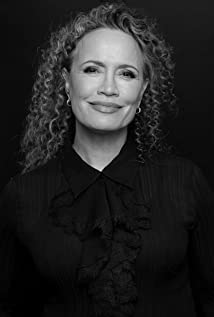 Rena is an international award-winning actor and is one of only 6 actors in the world to have worked with both George Lucas and Steven Spielberg during her illustrious career that spans 3 decades.One of 9 children, she was born and bred in the Bay of Islands, New Zealand to a Maori/Welsh father and a European mother. She was first published at 8 when she won a national children's poetry contest, and throughout her youth, Owen was active in the Maori Culture Club, High School Musical productions, and Community Stage Plays. Despite knowing her talents were in creativity, upon graduating, the Arts were not considered a viable career.At 18, she moved to Auckland to pursue a Nursing Career and 3 years later qualified as a General & Obstetric Nurse (RGN). In 1983, she went on her OE (overseas experience), a common Kiwi pursuit, and landed in London. Awed by the huge city and the bright lights of the entertainment world, the temptations that came with it easily seduced the naive 21 year old. But this life changing period led her back to a creative career.She trained at the Actors Institute of London in the mid-1980s. During her formative years she worked in all aspects of the Theater. The first stage play she wrote, The River That Ran Away, was produced by Clean Break and directed by the reputable award winning British actress Ann Mitchell with Rena in the lead role. It enjoyed a successful London tour and was later published by NZ Playmarket (1991). Other UK highlights include, Voices from Prison for the Royal Shakespeare Company, and award winning play, Outside In that debuted at the Edinburgh Festival.Upon her return to NZ in 1989, Rena acted in two one-hour dramas for Television NZ's series E Tipu E Rea. A first of its' kind; the series was written, acted, directed and produced by Maori. In constant pursuit of learning and honing her craft, she continued to work extensively in theatre; acting, writing, directing, working as a dramaturgy, and was a founding member of Taki Rua Theatre.She wrote and recorded short stories for Radio NZ, wrote and starred in the critically acclaimed stage play Daddy's Girl whilst playing reoccurring roles in two NZ TV series: Betty's Bunch and Shark in the Park. Rena was a rare recipient of a Dame Te Atairangikaahu (the Maori Queen) Literary Award & Scholarship.Rena's first feature film was a supporting role in the Kevin Reynolds/Kevin Costner film Rapa Nui (1993), followed by the leading role in the cult-classic NZ film Once Were Warriors. Her electrifying performance garnered her universal rave reviews. David Denby declared, "Owen's performance is classic!" Roger Ebert proclaimed, "You don't often see acting like this in the movies. The two leads bring the Academy Awards into perspective." Ruby Rich called her "The Bette Davis from Down Under", while Thelma Adams wrote, "Owen has the looks of Jeanne Moreau, the raw emotional power of Anna Magnani and a slim athleticism all her own".The film was voted one of Time Magazine's top 10 films in 1994, it garnered over 30 International Awards, and screened in 66 countries. Rena won Best Actress awards at the Montreal, Oporto, Seattle, and San Diego Film Festivals, as well as the Cannes Film Festival's Spirit Award. While in NZ, she was awarded the Benny Award for Excellence in Film and the Toast Masters Communicator of the Year Award.Rena returned to the Theater to act in two Stephen Berkoff plays, East West and Kvetch. She guest starred and earned a Best Supporting Actress nomination for her role in the NZ TV Series, Coverstory. She then played a leading role in the Australian Network 10 TV Drama Series, Medivac (1996-1998), a leading role in Garth Maxwell's feature film, When Love Comes, and a supporting role in Rolf De Heer's critically acclaimed Dance Me To My Song that was in competition at the 1999 Cannes Film Festival and earned her an Australian Film Institute (AFI) Best Supporting Actress nomination.In 2000, Rena set up a base in Los Angeles to learn more about filmmaking. She played beloved Taun We in George Lucas's Star Wars: Attack of the Clones, followed by a cameo role in Steven Spielberg's A.I. Whilst developing two screenplays, she played a reoccurring role in WB's Angel. Lucas cast her again as Nee Alavar in Star Wars: Revenge of the Sith. Rena went on to play supporting and cameo roles in multiple international films. Highlights include; Lions Gate's NZ/Canadian co-production Nemesis Game, Vincent Ward's acclaimed Rain Of The Children, NZ TV film A Piece Of My Heart, and USA thriller, Alyce Kills.In 2010, Rena played a 3 month role on NZ's longest running TV series; Shortland Street and won the Best Supporting Actress Award at the 2011 Aotearoa Film and Television Awards (AFTA). A reoccurring role in the award-winning Australian TV series, East West 101 earned her a Best Supporting Actress nomination at the Australian Academy of Cinema & Television Arts (AACTA), and a Best Actress nomination at the Monte Carlo Internati

Out of the Shadows