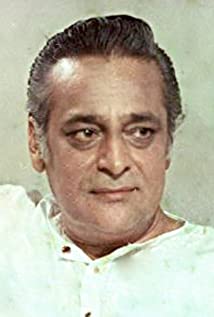 Rehman Khan was born in Lahore, British India on June 23, 1923 in a Pathan family believed to be the descendants of Afghanistan's King Amanuallah. His family subsequently re-located to Jabalpur where he attended the Robinson College. After completing college he joined the Indian Air Force as a Pilot.In 1944 he opted out of the Indian Air Force and started working at Prabhat Studios, Bombay, as a 3rd Assistant to Bollywood Director, Vikram Bedekar, who was then filming 'Lakharani'. On the sets of 'Chand' the crew were unable to find anyone who could tie a Pathani Turban, Rehman resolved this problem, and was given a small two lined dialog role in the film.His first major role was in 'Hum Ek Hain' with Dev Anand during 1946, and then as legendary Emperor Shahjahan in 'Shahjahan' in the same year. He ended up starring in over 70 movies, in character roles, mostly debonair and aristocratic, often as a villain. Some of his more memorable films included 'Pyaasa', 'Sahib Biwi Aur Ghulam', 'Waqt', 'Dil Diya Dard Liya', and 'Chaudvi Ka Chand'. He was a close friend of Film-maker/Actor, Guru Dutt.His acting career was cut short during 1977 when he suffered three massive heart attacks, which he barely survived, only to be inflicted by throat cancer - which led to the loss of his voice, and ultimately took his life during 1979. Rehman is still remembered by his fans, and his movies continue to be popular even today on various Hindi language channels.