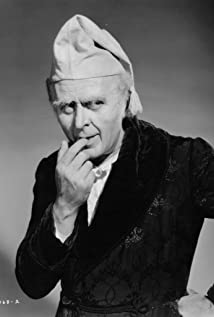 Born August 5th, 1887 in England, Reginald Owen was among Hollywood's busier character actors, making more than 80 films. He was educated in England at Sir Herbert Tree's Academy of Dramatic Arts. Owen excelled and made his professional debut also in England at the age of 18. He came to New York in the early 1920s and started working on Broadway by 1924. He left New York in 1928 and moved to Hollywood, hoping to make it in films. In 1929, he landed his first role in The Letter. In 1932 he played Dr. Watson in Sherlock Holmes. Although, he didn't get many leading roles, he did get to work with some of Hollywood's most beautiful leading ladies like, Jean Harlow, Joan Crawford, Jeanette MacDonald (Owen's personal favorite), Barbara Stanwyck and Elizabeth Taylor. Owen continued to work into his 70s and 80s making family classics, such as Mary Poppins (1964) and Bedknobs and Broomsticks (1971). He died in 1972 at the ripe age of 85 of natural causes.

Tammy and the Doctor

The Thrill of It All