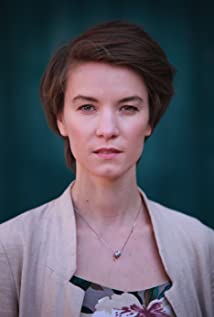 According to the official agent website (GM production, website gm-production.ru), Ms. Regina Bikkinina is 167 cm tall, weight 52 kg, natural brown hair and eyes color. She speaks native Russian, Tatar language and is fluent in English and French as well. She is mostly active in Russia and Belgium. According to her official Facebook profile she was born in Saransk, Russia. In 2009 started attending Boris Shchukin Theatre Institute (which would atrribute to the overall guess that she is in her 30's), Congratulations from many of her friends on her offical FB profile suggest that she was born on December 12 and thus born in zodiac sign Sagittarius. In 2011 she started working for "Theater named after Evgeny Vakhtangov" . In 2014 she finished her studies in Shchukin Theatre Institute, stopped her working for "Theater named after Evgeny Vakhtangov" and started working for International Center of Lomonosov Moscow State University. In August 2015 she moves to Geneve, Switzerland. 2016 She stops working for International Center of Lomonosov Moscow State University. Two year later in 2018 she begins her new work for Theatre de la Madeleine.