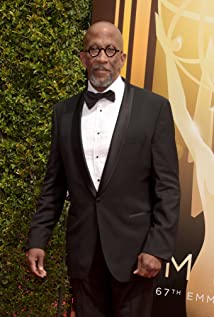 Born into a military family in Huntsville, Alabama -- his father was an army vet who had served in World War II, Korea and Vietnam, while his mother held a somewhat mysterious job in the Department of Defence -- Reg E. Cathey spent much of his early childhood living on a rural farmhouse in Germany. There, he watched American TV shows dubbed into German and first became theatre-struck at the age of nine after attending a USO performance of "Guys and Dolls". That same year, he also took up playing the saxophone. That he became an actor and not a jazz musician was happenstance, but, as he once admitted "he was no Lester Young". An incisive and eloquent personality with a uniquely expressive baritone voice, Cathey was to bring a soulful dignity and often unexpected sense of humour to a wide variety of roles on both stage and screen.Cathey attended the University of Michigan and later studied acting at the Yale School of Drama. The theatre remained his lifelong passion and New York his preferred place of residence. As he later explained: "I learned how to act at Yale but learned how to be an actor in NYC. I escaped wandering lost in the desert that is Los Angeles after a decade (which I'll never get back) and being psychically traumatized, I didn't audition for film and television, immersing myself in the 'Classics.'" And so, Cathey went on to tackle diverse (non-stereotypical) roles, ranging from Prospero in a musical version of Shakespeare's 'The Tempest' to 'Red' Redding in a British production of 'The Shawshank Redemption' (a part made famous by Morgan Freeman in the film version).Though performing more often than not in New York, Cathey did ultimately return to Hollywood. His formidable screen characters have often been marked by a uniquely erudite fierceness. They have included powerful authority figures, scientists and occasional villains in films (The Mask (1994), Tank Girl (1995), Se7en (1995), Fantastic Four (2015)) and shows like The Wire (2002), Outcast (2016) and House of Cards (2013) (his recurring role as Freddy Hayes, owner of Frank Underwood's favourite BBQ joint and secret hangout, which won him an Emmy Award in 2015 as Outstanding Guest Actor in a Drama Series). In keeping with his credo that "the dark stuff is fun", he also proved excellent value as a shadowy keeper of secrets ('The Caretaker') in an episode of The Blacklist (2013) and as the top-hatted zombie master Baron Samedi, in an episode of Grimm (2011). One of his most poignant roles came near the end as the estranged father of Luke Cage (2016). Not long after, Reg E. Cathey passed away as a result of lung cancer in February 2018 at the untimely age of just 59, never having had the chance of fulfilling his longstanding ambition to play a baritone saxophonist.