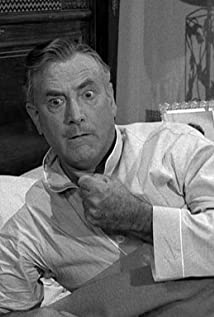 Raymond Bailey was a great example of "If at first you don't succeed..." After high school, Bailey headed for Hollywood with the intent on becoming a movie star, but soon found it tougher than he thought. Instead Bailey went into a high finance career working as stockbroker and banker. He made a second stab at Hollywood, and again had no success. He then became a seaman, working on various freighters and travelling all over the world. Bailey also worked on a pineapple plantation in Hawaii, and tried his luck in the local theatre. Deciding to give Hollywood one more try in 1938, he got lucky getting several small parts in the movies which eventually evolved into bigger character roles. When television became big, Bailey was in demand for parts and it was there he got his most famous part on the hit sitcom The Beverly Hillbillies (1962), as (ironically) banker Milburn Drysdale, whose fists were tighter than Elly May's pants. After the show ended, he did a few movie roles.