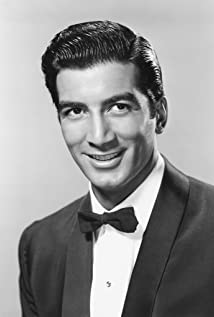 Handsome and smooth natured leading man who often played oily individuals, Ray Danton was born in New York and dramatically trained at Carnegie Tech. First debuted on-screen as a moody Native American in Chief Crazy Horse (1955) and regularly guest-starred in many 1950s TV shows including Playhouse 90 (1956), Wagon Train (1957), and 77 Sunset Strip (1958)...often as a gunslinger or a slippery criminal.Danton found plenty of demand for his talents and appeared in several minor films including The Night Runner (1957), Tarawa Beachhead (1958), in which he starred with his wife, Julie Adams, and then as a serial rapist in The Beat Generation (1959). However, his most well remembered role was as the vicious prohibition gangster Jack Diamond in the superb The Rise and Fall of Legs Diamond (1960) also starring a young Warren Oates and directed by Budd Boetticher. Danton reprised his Legs Diamond role only a year later in the unrelated, and not as enjoyable Portrait of a Mobster (1961).Cornering the market on playing shady characters, Danton then portrayed troubled actor George Raft in The George Raft Story (1961), but he was back on the side of good in 1962 playing an Allied officer at the invasion of Normandy in The Longest Day (1962). Europe then beckoned for the virile Danton, and like many other young US actors in the early 1960s, he made several films in Italy and Spain between 1964 and 1969 with a mixture of success. Danton returned to the USA in the early 1970s and appeared in several other low budget features; however, he also turned his hand to direction and his first film was the AIP production of Deathmaster (1972) starring Robert Quarry who was riding high on the success of the Count Yorga vampire films. Danton directed another couple of minor horror films before becoming involved in television and directing episodes of some of the most popular TV series of the 1970/80s including Quincy M.E. (1976), The Incredible Hulk (1977), Magnum, P.I. (1980) and Cagney & Lacey (1981).His final directorial work was on the TV series Vietnam War Story (1987) in 1987. Danton passed away in 1992 from kidney failure aged only 60.

Our Man Flint: Dead on Target