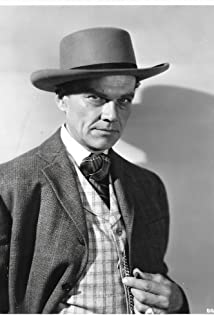 After spending his childhood in San Francisco, Bennett eventually moved to Los Angeles and was residing in Beverly Hills by 1930. From the onset, he had close ties to the acting profession, his mother (Ella Costillo Bennett) being a celebrated drama critic and author. His first acting was in stock and his entry to films was via stunt work. Throughout his career he was variously billed either as "Ray' or (for better productions) as 'Raphael' Bennett. When he eventually graduated to speaking parts -- which varied in size from small to medium -- it was generally as hard-bitten desperadoes or assorted sneaky henchmen in westerns and serials. On luckier occasions he got to play the lead villain. The majority of his appearances were for Poverty Row outfits like Republic or Monogram. The life of a small part contract player could not have been an easy one. The 1940 census had Ray working for six weeks in 1939, earning a meagre $1250. In between filming, Ray tried his hand at writing dramatic novels with a historical setting. At least one of his unpublished manuscripts ("The Shelter of the Cloth") is still held as part of the UCLA Library Special Collections. He never married and died from a long-standing heart affliction in December 1957 at the age of 62.

The True Story of Jesse James

The Redhead from Wyoming