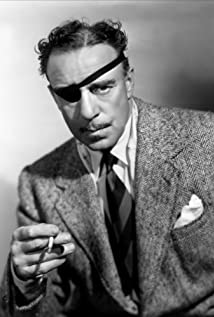 Raoul Walsh's 52-year directorial career made him a Hollywood legend. Walsh was also an actor: He appeared in the first version of W. Somerset Maugham's "Rain" renamed Sadie Thompson (1928) opposite Gloria Swanson in the title role. He would have played the Cisco Kid in his own film In Old Arizona (1928) if an errant jackrabbit hadn't cost him his right eye by leaping through the windshield of his automobile. Warner Baxter filled the role and won an Oscar. Before John Ford and Nicholas Ray, it was Raoul Walsh who made the eye-patch almost as synonymous with a Hollywood director as Cecil B. DeMille's jodhpurs.He interned with the best, serving as assistant director and editor on D.W. Griffith's racist masterpiece, The Clansman, better known as The Birth of a Nation (1915), a blockbuster that may have been the highest-grossing film of all time if accurate box office records had been kept before the sound era. He pulled triple duty on that picture, playing John Wilkes Booth, the man who assassinated President Abraham Lincoln at Ford's Theater and ranked as the most notorious American actor of all time until Pee Wee Herman (Paul Reubens).The year before The Clansman, Walsh was second unit director on The Life of General Villa (1914), also playing the Mexican revolutionary Pancho Villa as a young man. Walsh got his start in the business as co-director of another Pancho Villa flick, The Life of General Villa (1914), in 1912. The movie featured footage shot of an actually battle between Villa's forces and Mexican federal troops.In 1915, in addition to helping out the great Griffith, Walsh directed no less than 14 films, including his first feature-length film, The Regeneration (1915), which he also wrote. The movie starred silent cinema superstar Anna Q. Nilsson as a society woman turned social worker who aids the regeneration of a Bowery gang leader. It was a melodrama, but an effective one. In his autobiography, Walsh credited D.W. Griffith with teaching him about the art of filmmaking and about production management techniques. The film is memorable for its shots of New York City, where Walsh had been born 28 years earlier on March 11, 1887.Raoul Walsh would continue to be a top director for 40 years and would not hang up his director's megaphone (if he still had one at that late in the game) until 1964. As a writer, his last script was made in 1970, meaning his career as a whole spanned seven decades and 58 years.He introduced the world to John Wayne in The Big Trail (1930) in 70mm wide-screen in 1930. It would take nine more years and John Ford to make the Duke a star. In one three-year period at Warner Bros., he directed The Roaring Twenties (1939), They Drive by Night (1940), High Sierra (1941), The Strawberry Blonde (1941), Manpower (1941), They Died with Their Boots On (1941), and Gentleman Jim (1942), among other films in that time frame. He helped consolidate the stardom of Humphrey Bogart and Errol Flynn while directing the great James Cagney in one of his more delightful films, The Strawberry Blonde (1941). This was the same director that would elicit Cagney's most searing performance since The Public Enemy (1931) in the crime classic White Heat (1949).Novelist Norman Mailer says that Walsh was dragged off of his death bed to direct the underrated film adaptation of Mailer's The Naked and the Dead (1958). The movie is as masculine and unsentimental as the book, an exceedingly harsh look at the power relations between men at war on the same side that includes the attempted murder of prisoners of war and the "fragging" of officers (Sergeant Croft allows his lieutenant to walk into an ambush). Walsh was at his best when directing men in war or action pictures.Raoul Walsh seemingly recovered from Mailer's phantasmagorical death bed, as he lived another 22 years after The Naked and the Dead (1958). He died on December 31, 1980, in Simi Valley, California, at the age of 93.

Esther and the King

The Naked and the Dead

The Sheriff of Fractured Jaw

The King and Four Queens

The Revolt of Mamie Stover

O'Rourke of the Royal Mounted