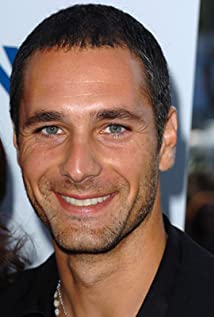 Raoul Bova was born in a Roman white collar family, his father was an employee and his mother a housewife. He has two sisters who he is close to. His passion in his youth was swimming and he became a champion at 16. He performed his military duty in the "Bersaglieri" and he studied at the ISEF but didn't finish in order to begin an acting career. His first role was in "Una storia italiana", a TV movie, and his debut in cinema was in "Piccolo grande amore" by Carlo Vanzina. He quickly became a star in Italy. But tired of being always considered a sex symbol unable to play deep roles, he started shooting movies a little more complex like "Rewind" where he plays a terrorist, "I cavalieri che fecero l'impresa" where he plays the role of a medieval man whose soul is possessed by the devil, or "La frontiera" where he plays an Austrian officer, or Saint Frances in "Francesco". And finally a great Italian-Turkish director, Ferzan Ozpetek, gave him the role of Lorenzo in "Facing Windows", his most complicated and introverted character that he portrayed with application and passion, becoming a respected young actor rather than a sex symbol. In private life Bova is a happy husband and father, very close to his wife and their children Alessandro Leon and Francesco.

Ever Been to the Moon?

Out of the Blue