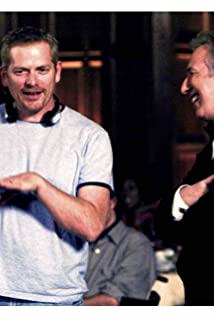 Randall Miller is a member of the DGA, SAG and the WGA. He began his career as a struggling actor appearing in TV commercials, theater and a few stints in television shows and movies. After USC Film School he went to the AFI. His thesis film at the AFI launched his career as a director working in television when Ed Zwick hired him to direct thirty something when he was still in his twenties. His first break into features came when Todd Black hired him to direct Class Act starring Kid 'N Play. He often works with his wife and collaborator Jody Savin with whom he has written numerous screenplays, many un-produced and others produced. When they were in their 40's they took the money out of there house and produced Marilyn Hotchkiss Ballroom Dancing & Charm School starring Marisa Tomei, John Goodman and Robert Carlyle. Marilyn Hotchkiss premiered at Sundance and thus started the couples foray into independent film. Their most successful independent film was Bottle Shock starring Alan Rickman, Bill Pullman and Chris Pine. The couple raised money and self released the film domestically when they were unhappy with the distribution deals being offered.START OF HIS PROFESSIONAL CAREER AS A DIRECTORIt was at the AFI student showcase screening of the short film MARILYN HOTCHKISS' BALLROOM DANCING AND CHARM SCHOOL that Ed Zwick saw the film and invited Randall to shadow a director on the set of his hit television series THIRTYSOMETHING. When a slot became available, Randall stepped in and was hired to direct an episode of THIRTYSOMETHING. He was not even thirty at the time. Randall joined the DGA at age 27 to direct THIRTYSOMETHING. Based on the success of his having worked with kids on his short film, Randall went on to direct several children programs as well. He directed the pilot for SALUTE YOUR SHORTS in which he cast several children from his award winning short film. SALUTE YOUR SHORTS became a successful series for Nickelodeon and played for years. He directed five episodes of RUNNING THE HALLS on NBC; three episodes of CITY KIDS for ABC and Henson; and PARKER LEWIS CAN'T LOSE for Fox. At the same time as securing television directing jobs, Randall and his writing partner Jody Savin were developing and selling screenplays and television series ideas to networks and studios. PETE, a live action retelling of the Pinocchio tale, was sold to Disney Studios through Adelson/Baumgarten productions. Randall and Jody were signed to a three-picture writing deal at Disney Studios. Randall joined the WGA as well on the Disney job. Producer Alberto Grimaldi and Salvatore Alabiso optioned MARILYN HOTCHKISS BALLROOM DANCING AND CHARM SCHOOL with the idea to make the short film into a feature length film with Randall directing.CLASS ACTTodd Black saw the short film MARILYN HOTCHKISS BALLROOM DANCING AND CHARM SCHOOL, read some Randall and Jody's writing and was a fan of the THIRTYSOMETHING that Randall had directed. He took a chance on Randall and hired him to direct his first feature film, the Warner Brothers film CLASS ACT starring Kid 'n Play. CLASS ACT featured Randall's cousin, Rhea Perlman, Ray Burke who Randall had worked with as an actor on THROW MOMMA FROM THE TRAIN, Pauly Shore and several others. Class Act tested 97% excellent in front of the test audiences. This "low budget" studio film budgeted at 7.5M went on to become quite successful for Warners and grossed 13M theatrically. Over the years, Randall has been approached about doing a sequel or remake.HOUSEGUESTJoe Roth and Roger Birnbaum saw the trailer for CLASS ACT and predicted its success. Based on the buzz, they hired Randall and Jody to rewrite and Randall to direct HOUSEGUEST starring Sinbad. Randall cast Phil Hartman in the starring role opposite Sinbad. The rest of the cast included Kim Greist whom Randy had met while acting in THROW MOMMA FROM THE TRAIN, Jeffrey Jones, Paul Ben Victor, Stan Shaw and Pat Fraser who had been the lead of Randall's student film MARILYN HOTCHKISS BALLROOM DANCING AND CHARM SCHOOL. HOUSEGUEST was filmed on location in Pittsburgh. Jody served as a Co-Producer. Randall also hired his film school cinematographer Mike Ozier to be the second unit cinematographer. Joe Roth and Roger Birnbaum produced the film. Halfway through production, Joe Roth was tapped by Disney Studios to take over as the head of Production. HOUSEGUEST tested extremely well, 94% in the top two boxes and again this rather "low budgeted" studio film went onto to do quite well. Budgeted at 10M, HOUSEGUEST made 26M theatrically. Roger Birnbaum then hired Randall and Jody to write and develop their screenplay, THE LIFT.THE SIXTH MANOff the success of HOUSEGUEST, another Disney on-the-lot producer David Hoberman hired Randall to direct the basketball sports comedy starring Marlon Wayans. Marlon and Randall forged a great relationship and made the basketball film in Vancouver BC. Jody and Randall rewrote the script, and Jody served as an Executive Producer on the fi