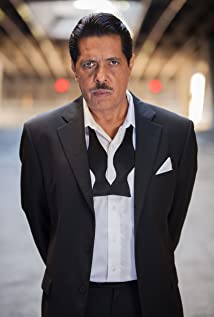 Ramon Franco was born in Puerto Rico and raised in the South Bronx. In 2014 he made Grantland's list of "The 10 Most Underappreciated Actors on TV This Year" for his role as Fausto Galvan in the Peabody award-winning show "The Bridge". He's best known to movie audiences through his co-starring role in Heartbreak Ridge (1986) with Clint Eastwood.Ramon received a baptism by fire in the off-Broadway Theatre during his early teen-aged years. Work with the Puerto Rican Traveling Theatre and in the critically-lauded production of Sancocho at Joseph Papp's Public Theatre in New York led to his first screen appearance in 1979's Boardwalk (1979) in which, at age 14, Ramon played opposite the legendary Lee Strasberg.During the ensuing years, Ramon divided his time between stage work, television production and high school studies in the Bronx. Credits from that early portion of his career include the critically praised stage productions of Runaways by Elizabeth Swados, The Sun Always Shines for the Cool by Miguel Pinero, and We're Fighting Back (1981), a TV movie about the New York Guardian Angels.Despite the professional activity that absorbed him during his teens, Ramon took a break from acting to work towards a bachelor of arts degree at Bard College. It was a brief hiatus. Ramon was enticed away from Bard's upstate New York campus when his agent called with several firm work offers. Academics were temporarily shelved in favor of a recurring role as Trimmer on the daytime drama Guiding Light (1952), appearances on Hill Street Blues (1981), Miami Vice (1984) and the pilot for _Stingray_, as well as roles in the features Deadly Force (1983) and Bulletproof (1996).A return to the New York stage in early 1986 led to Ramon's most important break thus far. His performance as the troubled Marine Corporal Acevedo in the Chelsea Theatre production of Wasted drew rave reviews and attracted the attention of Clint Eastwood, who was then casting for young actors to portray a group of Marines who took part in the U.S. invasion of Grenada in 1984. Ramon's vivid portrayal of Corporal Acevedo landed him the part of Private Aponte in Eastwood's Heartbreak Ridge. Though demoted in military rank from Corporal to Private, Ramon was elated.With Heartbreak Ridge behind him, many doors have opened for Ramon Franco. Filming Heartbreak Ridge in Hollywood and on locations in Puerto Rico also offered Ramon the opportunity to return to the town of Caguas, which he had left with his family during his early childhood. "It was very moving," he says, "the look on my father's face when I got off the plane with Clint Eastwood was priceless. It definitely made me feel I was on the right path." Indeed he was.Upon completion of Heartbreak Ridge, Ramon relocated to Los Angeles and not only worked on episodes of Ohara (1987) and MacGyver (1985) but was cast as Private Alberto Ruiz in the CBS television series Tour of Duty (1987). Tour of Duty was the only TV show to have recognized Hispanic American involvement in the nation's armed conflicts through the character of Ruiz. From the years of Combat! (1962) to China Beach (1988), Hispanics had never been acknowledged in the form of leading characters. The EMMY Award winning show ran three seasons and enabled him to work on over fifty episodes garnering him international recognition.Ramon has had the pleasure of working with many talented actors over the years: John Travolta in Chains of Gold (1990), Scott Glenn in Extreme Justice (1993), Gary Busey in Bulletproof (1996), Robert Beltran in Kiss Me a Killer (1991), opposite Robert Conrad in the TV movie Sworn to Vengeance (1993) and as a rookie FBI agent on Shattered Image (1994) with Bo Derek and Jack Scalia. One of his favorite roles was Mr. Cruz, a small town teacher in Search and Rescue (1994), starring Robert Conrad and Dee Wallace, on the NBC Network.Over the span of his career, this ubiquitous and versatile actor has managed to guest star on nearly every popular TV show made over the last 25 years. From dramas like House (2004), The X-Files (1993), Cold Case (2003), Medium (2005) and NYPD Blue (1993) to comedies like Dead at 21 (1994), Bakersfield P.D. (1993), Seinfeld (1989), and Eagleheart (2010). In 2007, he played the role of Runty in the summer's #1 hit Resident Evil: Extinction (2007) and his excellent work as Arturo Padron, the man sent to assassinate Fidel Castro in the Golden Globe nominated mini-series The Company (2007) received great notices as well.Ramon's most recent film work includes The Perfect Game (2010) a remake of Los pequeños gigantes (1960). He just wrapped the pilot for The Good Guys (2010) for 20th Century Fox and roles on CSI: Miami (2002) and CSI: Crime Scene Investigation (2000). Of most recent notoriety is his critically praised and fan favorite role of Dirty Man/ Sucio on the hit Showtime series Weeds (2005). A one time guest role was expanded to 7 episodes over seasons four and five. The episode where Sucio meets