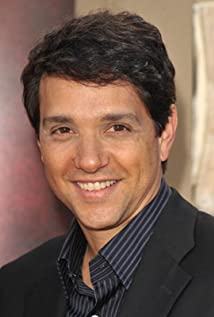 Ralph George Macchio was born on November 4, 1961 in Huntington, Long Island, New York. He started out in various TV commercials in the late 1970s before appearing in the puerile comedy movie Up the Academy (1980), then a regular role in 1980 on the television series Eight Is Enough (1977) followed by a decent performance as teenager Johhny Cade in the The Outsiders (1983) based on the popular S.E. Hinton novel about troubled youth.In 1984, Macchio scored the lead role in The Karate Kid (1984) directed by Rocky (1976) director John G. Avildsen. The film was a phenomenal success, being highly popular with adults and children alike. The movie spawned two equally popular sequels The Karate Kid Part II (1986) and The Karate Kid Part III (1989), both again starring Macchio and Pat Morita, and both directed by Avildsen.Macchio also starred in the blues road movie Crossroads (1986), featured alongside Joe Pesci in My Cousin Vinny (1992) and, looking to toughen up his image, Macchio played a hit man in A Good Night to Die (2003). Arguably, movie audiences still identify Macchio very strongly with his Karate Kid role, but as his features have gained a more weathered, adult edge, he has found opportunities and positive reviews from appearances in stage productions showcasing his acting talent. It would be great to see this versatile actor score some broader and more challenging film roles.

He's Way More Famous Than You