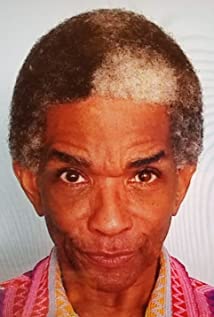 Ralph Cole, Jr. is an award winning actor with phenomenal comic timing. The hilarity all started at Burbank Hospital in California where his intern father proudly assisted in the delivery. From that event on, equally encouraged by his school teacher mom, Ralph was destined to become an energetic crowd-pleaser on stage, film and television. Remaining an only child lent its way for Ralph's various characters and musical enthusiasm to emerge and flourish.During his youth, Ralph attended St. Paul's Cathedral Choir School. While enrolled, he was honored to tour England singing (soprano) in many historical cathedrals. Later as a teenager with a deeper voice, Ralph proudly marched with the Los Angeles Police Department's Jr. Band playing the flute and piccolo. With their extensive touring, Ralph was no stranger to strutting in parades, marching in competitions and performing in big venue extravaganzas like L.A.'s Shrine Auditorium and Houston's Astrodome. At Beverly Hills High School, Ralph again marched proudly in the band and led in the original oratory category on the Forensics team.Ralph began studying acting at Inner City Cultural Center. U.C.L.A. productions of Born Yesterday and Lock Up Your Daughters introduced Ralph to his first summer stock experience. And how important he felt when he was cast as Chinese in L.A.'s Young Actor's Theater production of Flower Drum Song performed at Santa Monica Civic Auditorium. During his four years at Claremont's Pomona College, Ralph continued to pursue his theatrical delights and enthusiastically graduated with a Bachelor of Arts in Sociology.Then. New York City. A perfect town for Ralph because their energies blended and soared. Word processing jobs were plentiful and Ralph balanced freelance work with classes and auditions. It was not long before Ralph landed his first children's theater show where he earned his Equity card. Off-Broadway and regional theaters enabled him to hone his crafts in such hits as The Torch-Bearers, La Cage Aux Folles, Dreamgirls, My Fair Lady, and Grand Hotel. Ralph performed stand up at local New York city venues as well as performing comedy improvisation with Shock of the Funny. Broadway welcomed him in Bigger Than Bubblegum, the musical story of The Emotions.And back in L.A., Ralph successfully dazzled numerous times on stage. The Pasadena Playhouse was home to Larry Hart's rousing musical Sisterella where Ralph's creation of the plum role "Babaloo" garnered him both the NAACP Theater Award for Best Supporting Actor and the Playhouse's Friend's Recognizing Entertaining Drama (FRED) Award for Most Entertaining Actor. German audiences subsequently applauded his portrayal. The musical was produced by Robert DeNiro and the late, great Michael Jackson.Ralph had the profound circle of life honor care giving for his father until his peaceful passing where they held hands. He and his mom were pleased to care for a man who effortlessly gave so much of himself to others. And five days before his daddy died, Ralph booked a medical TV comedy called Scrubs. Daddy lit up like a Christmas tree when he heard the news! Fearlessly, Ralph has proceeded to appear on NCIS, Jane the Virgin, Snowfall, American Crime Story, Mom, To Tell the Truth, The Whole Truth, Harry's Law, Two and a Half Men, Desperate Housewives, Dexter, Cold Case and Twenty Good Years. And when you IMDb him, you will read where Ralph has graced the big screen in Untogether, K-11, The Soloist, Dirty Talk, No Saints for Sinners, Kiss the Bride, Birthday Cake, Trick, This Train and Boomerang.Ralph lives in Los Angeles and is repped by Mark Scroggs at Prestige Talent Agency, and managed by Charles Newman at Newman-Thomas Management.

Eating Out: The Open Weekend