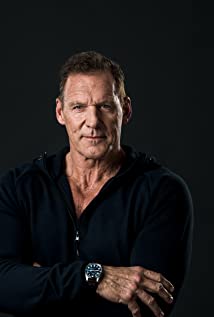 Ralf Rudolf Moeller (born on 12. January 1959) is a German-American actor and former Mr. Universe. He is well-known for his roles as Brick Bardo in Cyborg, Kjartan in The Viking Sagas, as hero in the TV series "Conan the Adventurer", Hagen in Gladiator, Thorak in The Scorpion King and Ulfar in Pathfinder - The Legend of the Ghost Warrior. Since 2014, Moeller is both a German and an American citizen.Moeller's first role came in 1988, in the German "Tatort: Gebrochene Blüten," where he appeared alongside the German actors Götz George and Eberhard Feik. In the following year, Moeller appeared in Cyborg and in 1992 he had a role in Roland Emmerich's Universal Soldier, where he appeared alongside global stars Dolph Lundgren and Jean-Claude van Damme. One year later, in 1993, he played the role of the villain Brakus, the archenemy of Philip Rhee and Eric Roberts in "Best of the Best 2 - the Unbeatable." After Cyborg and Universal Soldier, "Best of the Best 2" was his third role in an American movie and the second time he played a supporting role.His two most popular and biggest roles were in Ridley Scott's Gladiator (2000), in which he starred alongside Oscar-winner Russell Crowe as well as his role in The Scorpion King (2002). Aside from these two films, he also played the starring role in The Viking Sagas and in Conan the Adventurer. The series ran from 1997-1998 and told the story of Conan, who had been - accompanied by his three cronies - anointed by Crom to fight the evil Hissah Zul and to destroy it so that Conan could become the king, as had once been predicted to him.Ralf Moeller's acting career continued in the movie "El pardino (2004)," a continuation of the movie The Bad Pack. In the movie he played the role of special agent Kurt Mayers. In 2005, he had a role as Bruno alongside Rosanna Arquette in "My Suicidal Sweetheart." In the movie "Beerfest (2006)" - which included actors Donald Sutherland and Jürgen Prochnow - Moeller played the role of Hammacher. That same year he appeared in the film "Ozzie", a movie in which greats like Joan Collins appeared. In addition, he played the role of warden Arnold Calgrove in the movie "Seed." In 2007, "Seed" received an award for having the best special effects at the horror film festival in New York. "Pathfinder" followed in 2007 - and in "Postal" Ralf Moeller played the role of Officer John. In the following years, he appeared in "Alone in the Dark II (2008)"and "Dejection (2009)" before landing roles in "The Sword and the Sorcerer II," "Tales of an Ancient Heart" as well as "The Tourist" - all in 2010. "The Sword and the Sorcerer II" received nominations in six categories. "The Tourist" (Johnny Depp, Angelina Jolie, Timothy Dalton and others) was honored with the ASCAP Award for best box office movie. He was also awarded the Teen Choice Award for the best action role. In 2014, Ralf Moeller appeared in "Love, Hate & Security."Apart from these US movies, Ralf Moeller also had numerous (guest) roles in German productions. However, in the made-for-TV movie "Der Superbulle und die Halbstarken" (RTL, 2000; 4 million viewers) Ralf Moeller played the lead role. Even in the 2003 movie "Hai Alarm auf Mallorca (Shark Attack on Mallorca)", Moeller had the lead role. "Shark Attack" remains one of RTLs most successful productions over the course of many years (almost 7 million viewers). Aside from a guest role (Ferox) in "Held der Gladiatoren (2003)", Moeller also played the role of King Thorklit in "Die Nibelungen" that same year. In 2008, Moeller appeared in "Far Cry," a German-Canadian co-production also featuring Til Schweiger. In "Time of the Comet," he appeared as Freiherr von Keittel. Ralf Moeller also had roles in the TV series "Die Küstenwache" und "Alarm für Cobra 11 - Die Autobahnpolizei."

Abelar: Tales of an Ancient Empire

Alone in the Dark II

Arnold Schwarzenegger: 'I'll Be Back'

Ring of the Nibelungs