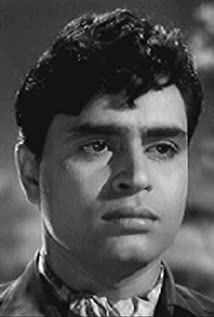 Rajendra was born in the Punjabi-speaking Tuli family on July 12, 1929, in Sialkot, British India (now located in Pakistan).After the turbulent years of partition, at the age of 21, Rajendra got his first break in 'Jogan' during 1950. He attained fame in 'Mother India' during 1957, playing the son of Nargis Dutt.He went on to star in many movies, most of them successful, and earned the nickname of 'Jubilee Kumar'.He got married to Shukla, and they subsequently became parents of three children, a boy, Manoj, who would subsequently be an actor in his own rights and be re-named Kumar Gaurav, and two daughters.After offers stopped on lead roles, he turned to character roles, as well as became a producer. He was successful in launching his son's career in 'Love Story'.His son's marriage was initially arranged with Reema, the daughter of Raj Kapoor, but things did not work out, and his son went on to get married to Sunil and Nargis Dutt's daughter, Namrata, and shortly thereafter he became grandfather of Saachi and Siya.He also produced another successful movie 'Naam', the star-cast included his son, and Sanjay Dutt.He attained a PHD and had a title of 'Doctor' prefixed to his name. Known to refuse taking any medication, he succumbed to cancer on July 12, 1999, just a day after his son's 39th birthday, and just 8 days before his 70th birthday.He will always be remembered for his memorable performances in 'Dhool Ka Phool', 'Mere Mehboob', 'Sangam', 'Suraj', 'Arzoo', 'Aman' 'Ganwaar', 'Dil Ek Mandir', as well as 'Saajan Bina Suhagan'