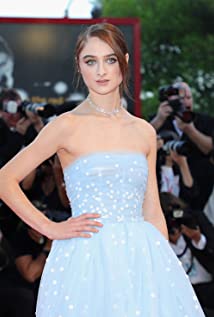 Raffey Cassidy is an English actress known for Snow White and the Huntsman (2012) and Dark Shadows (2012). Her breakthrough role came as Athena in Brad Bird 's Tomorrowland (2015) opposite George Clooney. In 2013, aged 11, Raffey was the youngest ever actor to be named in Screen International's Stars of Tomorrow and her performance as Athena won worldwide critical acclaim. Raffey has been performing since the age of seven with roles in the acclaimed television drama Mr Selfridge (2013) opposite Jeremy Piven. In 2016 Raffey appeared alongside Brad Pitt in the WW2 drama Allied (2016), and in 2017 will appear opposite Nicole Kidman and Colin Farrell in The Killing of a Sacred Deer (2017) director Yorgos Lanthimos's eagerly anticipated Cannes Film Festival 2017 Best Screenplay Winner and Palm d'Or contender The Killing of a Sacred Deer (2017).