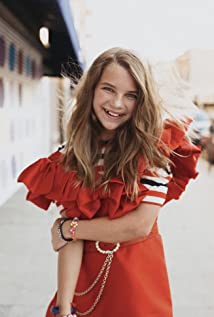 A born performer, Raegan Revord can currently be seen on the smash hit CBS comedy Young Sheldon, where she plays fan favorite "Missy Cooper," the sassy and brash twin sister to Sheldon. The show is consistently one of primetime's most watched comedies, and their second season finale was watched by just under 14 million total viewers. Due to its overwhelming popularity, the show was simultaneously picked up for a third and fourth season. The third season will premiere on September 26, 2019.Raegan booked her first recurring role as "Megan" on Modern Family at the age of 6. Since then, Raegan has appeared in Netflix's Grace and Frankie, as Bob Odenkirk's daughter on Netflix's With Bob and David and had a recurring role on TV Land's Teachers. In 2017, she made her feature film debut as "Young Clare" in John R. Leonetti's supernatural horror Wish Upon, starring Joey King and Ryan Phillippe.Outside of acting, Raegan is a dedicated writer, currently writing a children's book entitled "My Story as a Gold Nugget," as well as a TV script that she's pitching to studios. She's also an avid reader and has recently used her Instagram to launch her own book club #ReadingWithRaegan, where she shares her monthly book picks with her followers. On top of all of this, Raegan is a passionate and outspoken advocate for rescuing animals and is a Junior Ambassador for Children's Hospital Los Angeles.Raegan was born in San Diego, California and currently resides in Los Angeles with her parents and 4 rescue dogs.