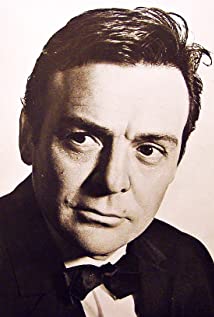 Rade Markovic was born in Belgrade where he studied at the College of Engineering and Philosophical Faculty. For the first time he set his foot on the stage as a member of a cultural artistic company "Ivo Lola Ribar" and the Youth Theatre and since the season 1946 to 1949 he was acting in performances of the Academic Theatre. Since 1959 he is a professional actor, attached to Belgrade Drama Theatre (to 1961). Thereafter, as an independent artist he appears on Atelje 212, National Theatre and Yugoslav Drama Theatre stages. During his sixty years long and fruitful artistic career, he has created over hundred (100) theater roles, took part in seventy eight (78) national and international film productions, acted in over sixty dramas and series made by TV Belgrade. Some of his outstanding roles in theater in "A Dubious Character" by Branislav Nusic, "Nikoletina Bursac" by Branko Copic (also TV drama Nikoletina Bursac (1958)), "Lodgings" by Milos Crnjanski, "Cat on a Hot Tin Roof" by Tennessee Williams, "Oblomov" by Goncharov and, finally, Pozzo in "En attendant Godot" by Samuel Beckett in which he was appeared with Ljuba Tadic, Mihajlo 'Bata' Paskaljevic and Milivoje 'Mica' Tomic and that was first performance of Bekcett's play in East Europe (1956, Atelje 212).He was a professor of acting at Novi Sad Academy of Arts (since September 1981) and at "Braca Karic" Academy in Belgrade (since 1997). For his theatre creations he repeatedly received recognition: Belgrade October Award (1963), award for acting at Sterija's Theatre Festival (1958), two awards for acting at Festival of Small Scenes in Sarajevo (1962, 1971), three "Arena" awards at Yugoslav Film Festival in Pula (1955, 1957, 1963), award at the Festival of Bulgarian Film in Varna (1964), Seventh July Award (1981), "Slavica" award for life work at Film Encounters in Nis (1989) etc.Rade Markovic was one of the most distinguished protagonists of modern acting expression that made crucial influence of development of Yugoslav and Serbian theatre arts after WW II and he is a model of a successful multimedia artist.