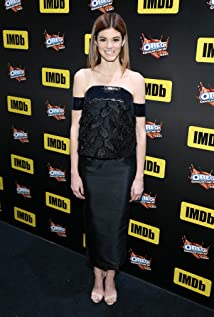 Born in Chicago, but raised in Phoenix, Arizona, Rachel Melvin had always known she was going to pursue a career in acting. Rachel moved to Los Angeles to pursue an acting career immediately after graduating from high school in Phoenix, Arizona in May 2003. She booked her first audition in early 2004 for the independent horror film, Boo (2005).Rachel recently wrapped a leading role in Dumb and Dumber To for Universal. The film reunites Jim Carrey and Jeff Daniels with their iconic characters, it is slated for release in November of this year. In addition she just completed the dramatic indie film Madtown opposite Milo Ventimiglia and the psychological drama Sleepwalker with Ahna O'Reilly. Other films include the spoof comedy Zombeavers written and directed by Jordan Rubin,which premiered at the Tribeca Film Festival earlier this year. Rachel started her career on the long running soap opera Days of Our Lives earning her two Daytime Emmy nominations.

The Trouble with Mistletoe