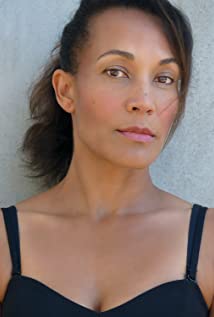 Rachel Luttrell is an accomplished actress and singer who has worked in film, television, and on stage. Rachel Zawadi Luttrell was born in Dar es Salaam, Tanzania, and is the second-born of four daughters of Veronica Makihiyo Shenkunde Luttrell, the daughter of a powerful medicine man of the Washambala tribes people, and William Leon Luttrell Jr., a Bossier City, Louisiana, native and then well-respected professor of economics at the University of Dar es Salaam. Shortly after her fifth birthday, Rachel and her family immigrated to Canada, settling in the cosmopolitan city of Toronto. As a child in Toronto, Rachel studied piano at the Royal Conservatory and ballet at the Russian Academy of Classical Ballet. Her father, a former member of both the critically acclaimed Toronto Mendelssohn Choir and the Canadian Opera Company, trained Rachel's soprano voice. Later, she studied with other fine vocal coaches. Rachel played the alto saxophone in high school and also studied English horseback riding. As a young girl, Rachel was always hamming it up for the camera and would often entertain guests at her parents' dinner parties by staging self-produced shows with her three sisters, Gillian, Amanda, and Erica. The Luttrell house was always full of music and laughter. Everyone sang and most played an instrument.Luttrell landed her first film role while still in high school, playing Billy Dee Williams's daughter in the made-for-television movie Courage (1986), which also starred Sophia Loren. From there, Luttrell appeared in commercials and starred on popular Canadian television programs, including the long-running drama Street Legal (1987). Upon graduating from high school, Luttrell enrolled in the musical theater program at Sheridan College to pursue her passion for dancing, singing, and acting. However, after a year of study, Luttrell felt the call of a more academic education and left the college to pursue a bachelor of arts degree in English literature at the University of Toronto. While studying at U. of T., she auditioned for the Canadian premiere production of "Miss Saigon" alongside her older sister Gillian and several hundred other young hopefuls. Luttrell and her sister were both cast, and thus she began her musical theater career as a chorus girl and understudy for the lead character of Ellen. Luttrell went on to perform in the Canadian premiere production of Walt Disney's "Beauty and the Beast" (once again with big sister Gillian), and later to star in the American productions of "Once On This Island," "Goblin Market," and alongside Richard J. Alexander in his workshop musical adaptation of Charles Dickens's "Great Expectations."In the summer of 1995, Luttrell moved from Toronto to Los Angeles to continue to pursue her career in film and television. She was kept very busy guest-starring on several popular TV shows, including ER (1994) and Charmed (1998), and in the short-lived but well-received show Sleepwalkers (1997), alongside Naomi Watts and Bruce Greenwood. In 2001, Luttrell appeared in Anne Rice's critically acclaimed TV movie The Feast of All Saints (2001), in which she played Peter Gallagher's on-screen daughter in a cast that also included Forest Whitaker, Jennifer Beals, and Ossie Davis. Later that same year, Luttrell appeared in a small but memorable role in the feature film Impostor (2001), opposite Gary Sinise.Despite all of this success, Luttrell became frustrated with the life of a struggling young actress in Hollywood, and almost gave it up to pursue architecture at UCLA. Before throwing in the towel, Luttrell auditioned for BADA (British American Drama Academy) and won a spot in its prestigious President's Group. She spent a glorious summer in Oxford, UK, studying at Balliol College with some of the industry's best directors, teachers, and performers, including Alan Rickman and John Barton, one of the world's most esteemed Shakespearean scholars. When Luttrell returned to Los Angeles, she was cast in the premiere production of Lynn Nottage's "Las Meninas," earning wonderful reviews.Shortly thereafter, Luttrell was cast in the role of Teyla Emmagan in the Sci-Fi Channel's spin-off series Stargate: Atlantis (2004), a show that won the loyalty of a worldwide fan base and ran for five seasons (2004 - 2009). In 2011, Luttrell completed her first CD titled "I Wish You Love," on which she collaborated with many of the music industry's finest performers, world-renowned percussionist Jeff Hamilton and stand-up bass virtuoso Jennifer Leitham among them. The CD was a grand collaborative effort spanning three countries and recorded in part at legendary Capitol Records in Hollywood. After Stargate: Atlantis (2004) finished, Luttrell made guest appearances on True Justice (2010), NCIS (2003), NCIS: Los Angeles (2009), No Sleep Till 18 (2015), and Arrow (2012).When not in front of the camera, Luttrell indulges her love of writing, something that has always brought her great joy and reward. She is at work

The Feast of All Saints