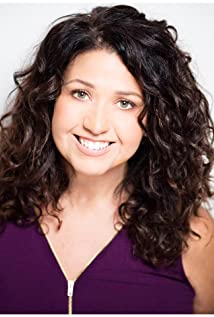 Rachel Butera has been entertaining people with impressions, characters, and unique point of view since childhood. As a voiceover artist, she brings characters to life by drawing from years of imitating everyone she meets. On stage, she grips the audience and enrolls them in all the humor and sorrow of growing up in a dysfunctional, middle-class New Jersey family. Rachel was recognized as the world's best female impersonator when she won $5,000 in the Howard Stern Impressions Contest. She now makes regular appearances on the show, and provides the voices of Wanda Sykes, Rosie O'Donnell, Whoopi Goldberg, Cyndi Lauper, Joan Rivers, Jodi Foster and more. Rachel is frequently invited as a guest on productions and podcasts around LA. From impressions on the Raw Dog Comedy Channel, to hosting The Worst Family Ever, to opening for Kevin Pollak, to performing as the celebrity guest at Second City's TMI sketch show, it is her blend of fearlessness, honesty, yet vulnerability that makes Rachel one of today's most endearing and sought-after comedic performers.

Space Dogs: Adventure to the Moon