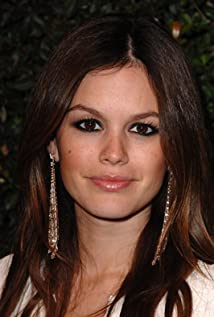 Rachel Bilson was born in Los Angeles, to Janice (Stango), a sex therapist, and Danny Bilson. Her father is Ashkenazi Jewish and her mother is of Italian descent. She began acting while still at Notre Dame High School. She graduated high school in 1999 and went to Grossmont College but dropped out after a year and was encouraged to pursue a career in acting by her father, himself a writer, director and producer.She worked in commercials and landed a few one-off roles in high profile TV shows before landing the part of Summer Roberts in the hit TV series The O.C. (2003), establishing herself as a household name.