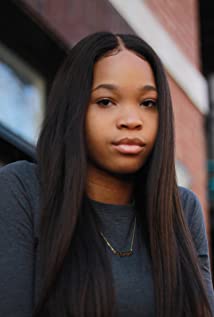 Wallis was born in Houma, Louisiana, to Qulyndreia (Jackson) Wallis, a teacher, and Venjie Wallis, Sr., a truck driver. She has one sister, Qunyquekya, and two brothers, Vejon and Venjie, Jr. "Quven", the first part of her name, combines the first syllables of her parents' first names. Wallis, at age five, auditioned for her very first acting job, the starring role in Beasts of the Southern Wild, even though the minimum age to be considered was six. She eventually beat out 4,000 others for the role of Hushpuppy, the indomitable child prodigy and survivalist who lives with her dying father in the backwoods bayou squalor of Louisiana. At that time, she was just six years old during the filming. Wallis is the first African-American child actor and is also the first person born in the 21st century to receive an Academy Award nomination. In May 2014, Wallis was named the face of Armani Junior, Giorgio Armani's line for children and teens. This makes her the first major child celebrity to be the face of a luxury brand.

Beasts of the Southern Wild