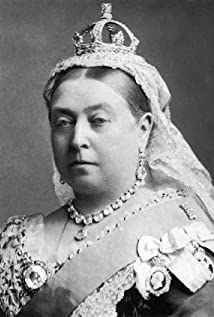 Princess Alexandrina Victoria was born on May 24, 1819 to the Duke and Duchess of Kent. Victoria as she was called was the granddaughter of King George III. When she was less than a year old her father died leaving her mother broke and at the mercy of her brother Leopold, the King of Belgium. Victoria lead a sheltered life in Kensington Palace while growing up. She was not allowed to see anybody besides her mother, half-sister and brother, and the comptroller of the household and reputed lover of the Duchess of Kent, Sir John Conroy. When she was 17 she met for the first time her cousins Albert and Ernest (sons of her mother's brother Ernest) The meeting went well but nothing happened. Several months later Victoria's Uncle King William IV died and she became Queen at the age of 18. Three years later she and Albert met again and this time they fell in love. They got married on Feburary 10, 1840 and In November of that year they welcomed their first child named Victoria. In 1841 they had Albert Edward, who would be Prince of Wales and then Edward VII. Followed by Alice (b. 1843),Alfred (b. 1844), Helena (b. 1846), Louise (b. 1848) Arthur (b. 1850) and Leopold (b. 1853) and Beatrice (b. 1857.) In 1860, though something happened that brought Victoria's world to a stand-still. Her beloved husband died on December 14 after a short illness with Thyphoid. This did not hinder any plans though. Their oldest daughter had been married to the Prussian Prince Fritz for several years by then, but their daughter Alice and son Bertie were almost to be married at the time of their father's death. A few months later Alice married Prince Louis of Hess and several months after that Bertie married Prince Alexandra of Denmark. For the rest of her life Victoria missed Albert and insisted in a funereal like atmosphere in her household. The only thing that could lift her spirits where her 40 grandchildren. On that fateful December 14 of 1878 Victoria lost her daughter, Alice, and mourned her. After several months though she recovered enough to concoct an idea. She would have her son in law Louis marry her daughter Beatrice so that her several grandchildren could be near her. This did not happen though. On January 22, 1901 Victoria died in Osbourn House in the arms of her grandson Kaiser William II. Her children and grandchildren stretched all over the globe, reigning as sovereigns or consorts. From the UK, Germany, Romania, Russia, Greece, and Spain her children and grandchildren would change the face of the world.

Queen Victoria and Her Tragic Family

Great Crimes and Trials of the Twentieth Century

Review of the Life Guards by the Queen