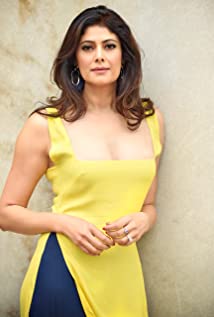 Pooja Batra was born in India to an army officer and his wife. Early in life she showed grit and determination winning multiple track and field events on a national level. She shot to fame when she was crowned Miss India in 1993. She quickly went on to become one of the top supermodels in India walking the ramp in over 250 fashion shows in India and abroad. Soon, Pooja set her sights on pursuing an acting career. In 1997, her first feature film Virasat (1997) sky-rocketed her to instant stardom with stupendous box office earnings and got her critical acclaim. For her portrayal of the betrayed lover in Virasat (1997), she won the Zee Cine Award for the Best Supporting Actress and was nominated for Best Supporting Actress at the Filmfare Awards. This was followed by her second film Bhai (1997) which was also a box office hit confirming her appeal to the masses. She has subsequently starred in over twenty films including Dil Ne Phir Yaad Kiya (2001) and Haseena Maan Jaayegi (1999), establishing herself as an accomplished actress. Her latest film Taj Mahal: An Eternal Love Story (2005), in which she portrays Queen Noorjehan, is a highly anticipated film to be released in mid 2005 on the 351st anniversary of the Taj Mahal. Pooja maintains homes in Bombay and Los Angeles.

One Under the Sun

Any Body Can Dance 2