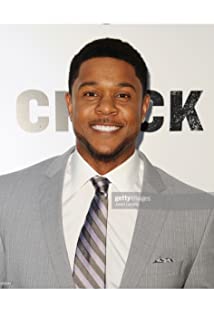 Pooch Hall was born on February 8th 1976 in Brockton, Massachusetts. There he played football, ran track and boxed. Pooch won the Southern New England golden gloves in 1994. He started acting at the age of 21. He started in commercials and then made his debut in the film Lift (2001). He played Derrick, a shoplifter. Pooch was in several movies,including the hit film Black Cloud (2004) written and directed by Rick Schroder. His latest acting role is playing Ty'ree Bailey in the new mini series based on the book, Miracle's Boys (2005).

But Deliver Us from Evil

Live at the Foxes Den