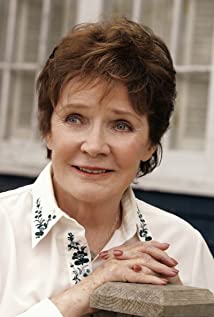 In a six-decade-plus career (she started out as a radio performer at age 14), there are very few facets of entertainment that lovely singer/actress Polly Bergen has not conquered or, at the very least, touched upon. A nightclub and Columbia recording artist of the 50s and 60s, she is just as well known for her film and Emmy-winning dramatic performances as she is for her wry comedic gifts. In the leaner times, she has maintained quite well with her various businesses. Truly one for the ages, Polly has, at age 70+, nabbed a Tony nomination for her gutsy "I'm Still Here" entertainer Carlotta in Stephen Sondheim's "Follies", and was still dishing out the barbs as she recently demonstrated as Felicity Huffman's earthy mom on Desperate Housewives (2004).Born in Knoxville, Tennessee as Nellie Burgin on July 14, 1930, her family, which included father William, mother Lucy and sister Barbra, eventually moved to Los Angeles. By the time she was 14, Polly was singing professionally on radio and managed to scrape up singing gigs with smaller bands around and about the Southern California area. She attended Compton Junior College before Paramount mogul Hal B. Wallis caught sight of her and signed her up with his studio. Having made an isolated film debut (as Polly Burgin) a year earlier in the Monogram western Across the Rio Grande (1949), Wallis showcased her as a decorative love interest in the slapstick vehicles of Dean Martin and Jerry Lewis, the (then) hottest comedy team in Hollywood. But At War with the Army (1950), That's My Boy (1951) and The Stooge (1951) did little for Polly although she presented herself well. MGM and Universal had the idea to cast her in a more serious vein with co-starring roles in their dramas Escape from Fort Bravo (1953), Arena (1953) and Cry of the Hunted (1953), but again she was overlooked. Disasppointed, she decided to abandon her lucrative film contract and seek work elsewhere.That "elsewhere" came in the form of 1950s TV. Focusing on her singing, she promoted her many albums for Columbia by guest-starring on all the top variety shows of the times. This culminated in her own variety program, The Polly Bergen Show (1957). The song "The Party's Over" became her traditional show-closer and signature tune. Polly also showed some marquee mettle on the cabaret and nightclub circuits, performing at many of the top hotels and showrooms throughout the country. She made her Broadway debut along with Harry Belafonte in "John Murray Anderson's Almanac" in 1953, and went on to appear in such stage shows as "Top Man" and "Champagne Complex". A delightfully engaging game show panelist to boot, she took a regular seat on the To Tell the Truth (1956) panel for five seasons.Polly tended to display a looser, down-to-earth personality to induce laughs but she was also was formidable dramatic player and fashion plate quite capable of radiating great charm, poise and elegance. For her role as alcoholic torch singer Helen Morgan in the special TV showcase Playhouse 90: The Helen Morgan Story (1957) , she took home the Emmy award. Unfortunately for Polly, Ann Blyth took on the role of the tragic singer in the film version (with Gogi Grant providing the vocals), in what could have been a significant return to films for her.Instead, Polly had to wait another five years for that to happen. As the wife of Gregory Peck and designated victim of revengeful psychopath Robert Mitchum in the taut movie thriller Cape Fear (1962), her film career reignited. Other opportunities came in the form of her distraught mental patient in The Caretakers (1963), which found her at odds with nurse Joan Crawford and doctor Robert Stack; the sparkling comedy Move Over, Darling (1963), which placed her in a comedy triangle with "other wife" Doris Day and husband James Garner; and as the first woman Chief Executive of the White House in the frothy comedy tidbit Kisses for My President (1964) opposite bemused "First Gentleman" Fred MacMurray. In what was to be a tinge of deja vu, Polly again saw her movie career dissipate after only a couple of vehicles. True to form, the indomitable Polly rebounded on TV.A mild string of TV-movies came her way as she matured into the 1970s and 1980s, most notably the acclaimed miniseries The Winds of War (1983), which reunited her with Robert Mitchum, this time as his unhappy, alcoholic wife. This, along with her participation in the sequel, War and Remembrance (1988), earned Polly supporting Emmy nominations. In the years to come, she would find herself still in demand displaying her trademark comic grit in such shows as The Sopranos (1999), Commander in Chief (2005) and Desperate Housewives (2004).Polly returned to singing in 1999 after nearly a three-decade absence (due to health and vocal issues). Quite huskier in tone, she went on to delight the New York musical stage with stand-out performances in "Follies" (2001), "Cabaret" (2002) and "Camille Claudel" (2007). Polly still made nightly appear

Once Upon a Time... When We Were Colored

Perry Mason: The Case of the Skin-Deep Scandal