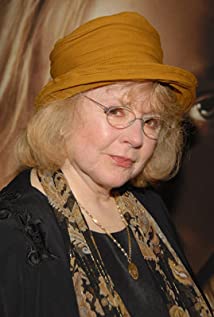 Piper Laurie is a three-time Oscar nominee, nominated by BAFTA as well as the Academy of Motion Picture Arts and Sciences for best performance by an actress in 'The Hustler' with Paul Newman.Laurie was born Rosetta Jacobs in Detroit, Michigan, to Charlotte Sadie (Alperin) and Alfred Jacobs, a furniture dealer. Her family is of Russian Jewish and Polish Jewish descent. Piper had been studying acting with Benno and Betomi Schnider for three years when she auditioned for Universal Studios, who signed her to a long term contract. They made more than twenty films starring the teenage girl opposite such actors as Tony Curtis, Rock Hudson and Tyrone Power. Disgusted with the lack of serious roles, Laurie finally broke her lucrative Hollywood contract, moved to New York, lived on a budget, worked on live television and theater, and within two years changed her life and her career.She stopped working for fifteen years after 'The Hustler' to devote her energies to the Civil Rights movement and to the Vietnam War, feeling acting was less important. When she accepted work again she was nominated for an Academy Award as best supporting actress for the original 'Carrie' with Sissy Spacek, and again as best supporting actress in 'Children of a Lesser God' with Marlee Matlin. She won the Golden Globe for her role in the David Lynch cult favorite "Twin Peaks' and was nominated for an Emmy for both best actress and best supporting actress in 'Twin Peaks." She has been nominated twelve times for an Emmy, including one for the original and celebrated live broadcast of 'The Days of Wine and Roses' with Cliff Robertson, directed by John Frankenheimer, as well as for her comedic performance in 'Frasier'. She won the Emmy for 'Promise' opposite James Woods and James Garner. She was Harvard's Hasty Pudding Woman of the Year, and she also received an SFECA award for her performance as Dolly in the film of 'The Grass Harp'.In 2010 she played an ancient grandma who learns to smoke a bong in the feature film 'Hesher', with Joseph Gordon Levitt and Natalie Portman. Most recently she has appeared as Grandma Hershe in White Boy Rick, starring Matthew McConaughey, and as Rose Muller in Snapshots, directed by Melanie Mayron.In 2013 she made her musical stage debut in 'A Little Night Music' as the glamorous Madame Armfeldt.Ms. Laurie performed on Broadway in the Tony-nominated Lincoln Center production of 'Mornings at Seven' directed by Dan Sullivan at the Lyceum Theatre. She also appeared on Broadway in the 20th Anniversary production of 'The Glass Menagerie', in which she played Laura, with Maureen Stapleton as Amanda, at the Brooks Atkinson.Off-Broadway, she has appeared in Molly Kazan's 'Rosemary and the Alligators', Larry Kramer's 'The Destiny of Me'. She toured in a one-person play about Zelda Fitzgerald, written by Bill Luce. In 2010 she directed Jim Brochu in his one-man show 'Zero Hour', for which he received the Drama Desk Award for best solo performance on or off Broadway, playing Zero Mostel.Piper Laurie is divorced from Wall Street Journal's movie critic, Pulitzer Prize-winner Joe Morgenstern. Their daughter lives in Oregon. Laurie's autobiography Learning to Live Out Loud was published by Crown in 2011 to rave reviews and is now available as an audio book on audible.com.

The Last Brickmaker in America