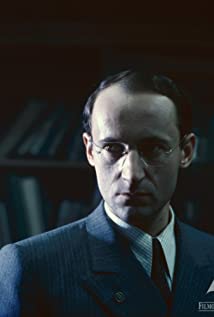 Piotr Fronczewski graduated from PWST (Public Upper School of Theatre) in Warsaw and made himself one of the most popular and skilled actors in Poland. Born in Lodz in 1946, he started very early in Teatr Narodowy where he worked as an extra for one season. His career didn't take off fast but he gained some experience. He moved to Teatr Wspolczesny in 1969 and worked in plays by Jean Cau and Carlo Gozzi to name a few. This stage veteran also worked in theatres Dramatyczny (where he spent 10 years, 1973 - 1983), Studio and others. First screen appearance was in the movie Wolne miasto (1958) when Piotr was only 12 years old. Another roles followed. He charmed the audience in The Promised Land (1975) in his episodic role, then sang in musical Hello, Fred the Beard (1978) (where he teamed up with Gabriela Kownacka for the first time), played Professor Ambrozy in Mr. Blob in the Universe (1988) and lately became the head of the family in comedy series Rodzina zastepcza (1999). His filmography includes all genres that are known as his roles are different every time. He continues his work as a stage actor. People consider him one of the most talented Polish actors of all time.

Moomins and the Winter Wonderland

Two Suns in the Sky

Escape from the 'Liberty' Cinema

Mr. Blob in the Universe