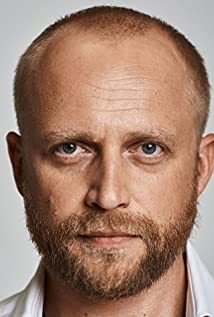 Piotr Adamczyk is a popular Polish film, television and stage actor. He garnered international acclaim for his portrayal of Pope John Paul II in the film "Karol, A Man Who Became Pope" which was seen by no less than eight hundred million people worldwide.Known for his versatility, Adamczyk has consistently surprised audiences with his ability to embody vastly different characters ranging from anguished saints to ruthless oppressors, from melancholy composers to love sick fools.Having honed his craft on theatre stages at home and abroad, Adamczyk broke into film with great momentum. His portrayal of Stawrogin in Dostoyevsky's "The Possessed" established him as a leading man and led him to the role that would propel him to Polish stardom: Frederic Chopin in "Chopin, Desire of Love".His renown would only grow following his tour de force performance as Pope John Paul II in the two part Italian production - "Karol the Man Who Became Pope" and "The Pope - the Man". The films vast and international viewership would extend his popularity beyond Poland to Italy, Latin America and many other countries. Adamczyk also managed to build on his popularity abroad by performing at the Sala Uno Theatre in Rome (entirely in Italian), by playing in Liliana Cavani's movie "Einstein" and in the Portuguese mega production "Second Life".Adamczyk has appeared in around 100 theatre, television and film productions. His nuanced portrayal of the Gestapo officer Lars Rainer in the hugely popular Polish television series "Days of Glory" won him acclaim and accolades, while his comedic performances on the hit show "Przepis na Zycie" (A Recipe for Life) endeared him to an ever widening fan base. In addition to having won numerous awards at international film festivals in Italy, China and Ukraine, Adamczyk was honored with the prestigious Gloria Artis medal for outstanding contributions to Polish culture.Adamczyk has also had over 800 radio roles and is an accomplished voice actor. He has contributed his talents to such characters as Melman the Giraffe in "Madagascar", Zigzag McQueen in "Cars" and Syndrome in "The Incredibles", to name but a few. One of his latest roles was that of Maximilian Kolbe in the Mexican American 3D animated motion capture film "Max and Me".Upcoming releases in 2016, starring Adamczyk, include the European production "Framed", "Max and Me", "Slaba Plec" (The Weaker Sex) and a sequel to one of Poland's biggest box office hits of the last decade: "Letter to Santa 2".

The Art of Loving. Story of Michalina Wislocka