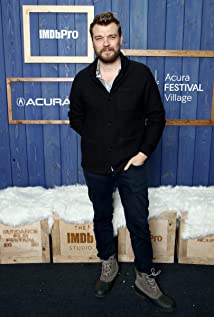 Pilou Asbæk graduated from The Danish National School of Performing Arts in 2008. In the same year, he played the leading role in Niels Arden Oplev's drama Worlds Apart. In 2010 he had his breakthrough as the inmate Rune in Lindholm & Noer's prison drama R for which he won the price for Best actor at The Danish Critic Association Award, Bodil, and at the Danish Film Academy Awards, Robert. Furthermore, he was pointed as Shooting Star at the Berlinale in 2011 for this performance; an honor that is given to ten European Actors. Also, for three years he starred in the BAFTA winning and critically acclaimed television series Borgen as Kasper Juul; spin doctor for the Danish Prime Minister. The following years Pilou played the leading role in Tobias Lindholm's A Hijacking and A War. A War was nominated in the category Best Foreign Language Film at the Academy Awards 2015. In 2014, Pilou shot Luc-Besson's LUCY starring Scarlett Johansson and Morgan Freeman, and this year he played Pontius Pilate in Timur Bekmambetov's BEN-HUR. In 2017 he again played opposite Scarlett Johansson in Rupert Sander's Ghost in the Shell as Batou. Pilou has starred as Euron Greyjoy in the 6th and 7th seasons of HBO's acclaimed series Game of Thrones.

Game of Thrones Conquest & Rebellion: An Animated History of the Seven Kingdoms

Ghost in the Shell