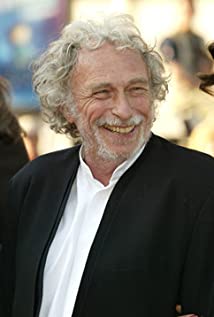 Certainly one of France's supreme farceurs in the classic tradition, comedian Pierre Richard was born to an upper crust family with an embarrassing riches of middle names as he was christened Pierre Richard Maurice Charles Leopold Defays. Working and building up his trade at the Paris Music Hall in the early years, he appeared in small movie roles throughout most of the 60s. In the 70s, however, he aimed his genius directly towards film and succeeded beyond the wildest expectations. Directing and co-writing many of his slapstick vehicles, his characters often have taken on an hilariously guileless persona and, coupled with his innate gift for klutzy physical comedy, have become an audience favorite for nearly four decades. His superior work in Distracted (1970) and The Troubles of Alfred (1972) was immediately recognized and this led to the international crossover hit The Tall Blond Man with One Black Shoe (1972) in which Richard played a naive, innocent concert musician plucked by chance to become a superspy on a top secret mission. A potent association in the 1960s and 1970s with actor/producer/director Yves Robert and the 1980s with writer/director Francis Veber and actor Gérard Depardieu produced several comedy classics: Very Happy Alexander (1968), The Return of the Tall Blond Man (1974), La Chèvre (1981), The ComDads (1983) and The Fugitives (1986). Many of Richard's classic comedies, including The Toy (1976), have spawned Hollywood remakes and imitations, though most pale compared to the originals.